Billy Hurley: From tragedy to triumph 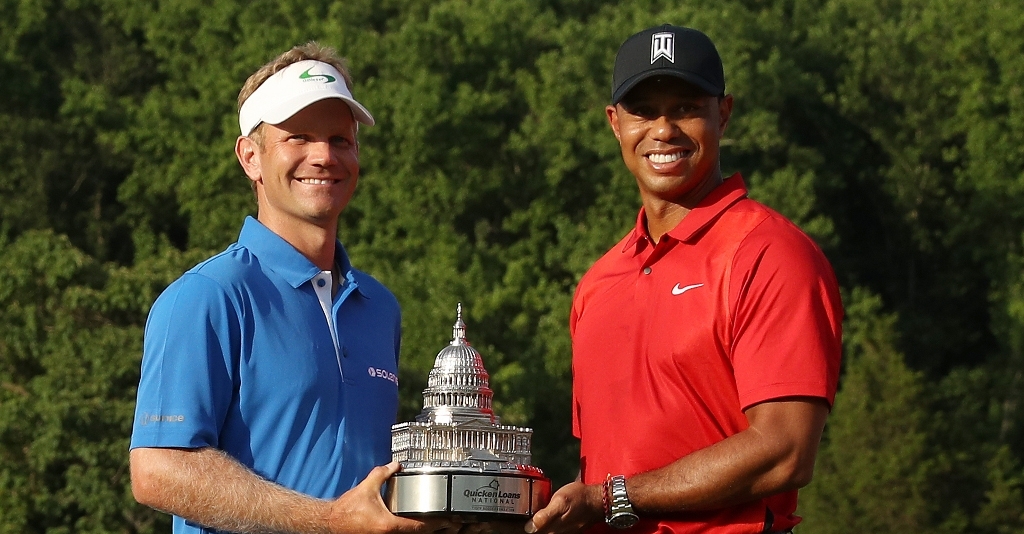 A year ago, a tearful Billy Hurley III was pleading for help at the Quicken Loans National. Twelve months later, and he's the champion.

Last year at Congressional, Hurley broke down in tears in front of the media as he announced that his father Willard, a former police officer, had gone missing.

Despite the plea for any info on his whereabouts, Hurley's worst fears were confirmed a few days later, when he was informed that his father had been found dead from a self-inflicted gunshot wound to the head.

“The PGA Tour community has always taken great care of us, and my family and I are very grateful for that,” he said at the time. "As soon as I am able, I will return to golf."

A year later, and Hurley returned to the tournament where he made the announcement about his missing father, but this time he walked away a champion.

It was a full circle moment for the 34-year-old, signalling the end of a tough year for his family.

“It’s been a hard year," said Hurley, a former Naval officer. "It’s nice to have something go well … Certainly my dad helped me. He started me well. I certainly wish he was here today. And then my wife (Heather). She’s been by my side through the Navy, through mini-tours, through talking about quitting through thinking about retirement. And now to win on the PGA Tour, she’s the best.

“I think about my dad a lot," he continued. "I was walking from 9 to 10, and I’ve never really had a whole lot of police officers following my group. You know, I’m not like that cool. But playing in the lead, they have a couple police officers following you around. It dawned on me, ‘Hey, this is what my dad did.’ He walked inside the ropes and did this at Presidents Cups [and other Washington-area events].”