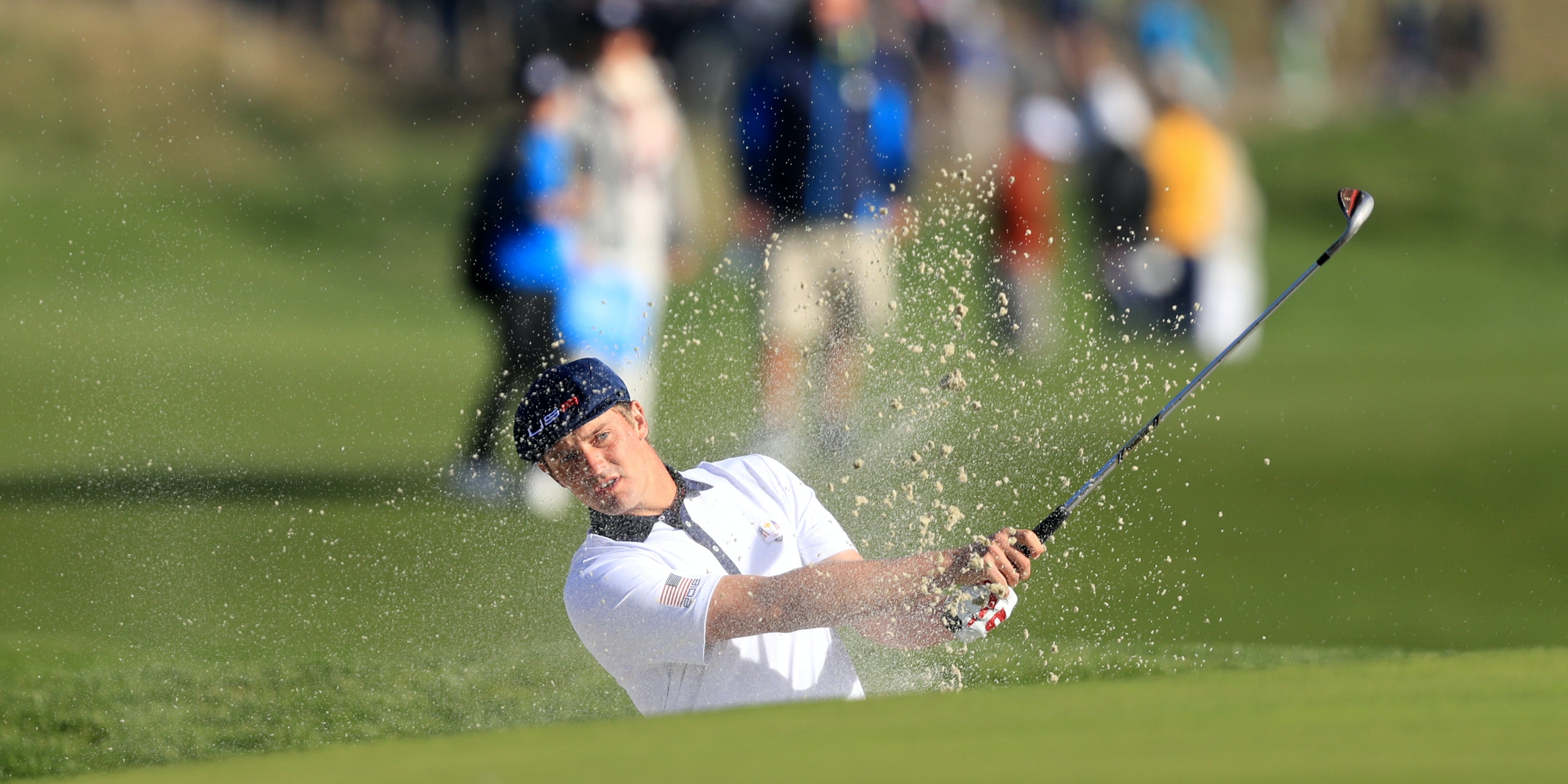 Almost as soon as Bryson DeChambeau became US Open champion, attention turned to the next major in this most unusual of seasons.

For if narrow fairways and thick rough were not enough to prevent DeChambeau from overpowering Winged Foot to win his first major title, what would his massive hitting do to Augusta National, where the rough is barely worthy of the name?

It was a concern amplified by DeChambeau’s revelation that he would spend the weeks leading up to the Masters testing a 48-inch driver, the longest permitted, and he was not even using that club when he recently recorded an extraordinary drive which flew 403.1 yards in the air.

That was achieved downwind and repeatedly producing such prodigious distances – combined with accuracy – will not be easy, but at 350 yards Augusta’s par-four third green will be within reach and DeChambeau could face just two approach shots over 150 yards per round.

But while getting to the greens is one thing, putting on them is quite another and DeChambeau will be without the detailed green-reading books that he – and his rivals – have come to rely on so heavily.

Golf’s governing bodies proposed greatly limiting the amount of data available in such books in 2018 before ultimately deciding to only limit their scale and size, but at Augusta National they are simply not allowed.

Instead, all Masters competitors are given yardage books that only show the location and direction of major slopes in the greens, a policy which last year received a ringing endorsement from three-time champion and honorary starter Gary Player.

“To read the green, you’ve got to look at a book? Well, if you can’t read a green, you should be selling beans. It’s part of the game.”

Even with the green-reading books at his disposal, DeChambeau is ranked 57th in strokes gained putting on the PGA Tour this season and 131st in total putting, albeit from just two events.

His best result in three Masters appearances remains a tie for 21st in 2016 while still an amateur. He shared the lead after an opening 66 last year but followed it with rounds of 75, 73 and 70 to finish in a tie for 29th, nine shots behind the winner Tiger Woods.

Woods ended 2019 with another win in Japan and fourth place in the Hero World Challenge, and the 15-time major winner started 2020 with a top 10 at Torrey Pines, but his form since golf returned from the Covid-19 shutdown has been mediocre at best.

Augusta National is arguably the most likely place where a rusty Woods can turn up and be competitive, but in the first ever autumn Masters and with no spectators present, perhaps more history is set to be made.

Fuzzy Zoeller was the last debutant to end up wearing the famous green jacket back in 1979, long before most of the contenders to repeat the feat had even been born.

Collin Morikawa, 23, won the US PGA Championship in August in just his second major, with Matthew Wolff (21) and Scottie Scheffler (24) among those tied for fourth at Harding Park, while Wolff went on to finish second behind DeChambeau in the US Open.

The likes of world number one Dustin Johnson, Jon Rahm, Justin Thomas, Rory McIlroy and Brooks Koepka will also expect to be challenging for a first Masters title and 578 days after Woods completed his memorable triumph, it promises to be worth the wait.