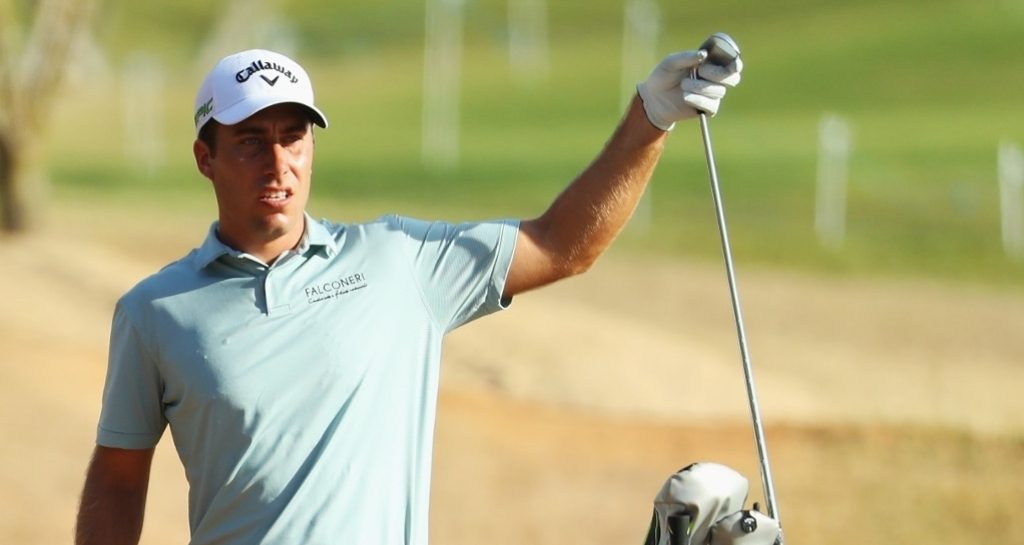 Nino Bertasio has a one shot lead at the halfway stage of the Portugal Masters after his superb 65 on Friday.

The Italian signed for a second consecutive six under 65 around the Dom Pedro Victorio Golf Course in Vilamoura, enough for a one stroke lead over Denmark’s Lucas Bjerregaard and Marc Warren of Scotland.

Bertasio was flawless on a good day for scoring, draining two birdies on the front nine and another four coming home.

7.06pm: Taps in for par after 18, leads by one into weekend@BertasioNino 👏🏼 pic.twitter.com/gN7MUOWeL9

Meanwhile, Bjerregaard also signed for a bogey-free 65 to go with his opening round of 66 and is feeling confident ahead of the weekend.

"I had a bogey-free round today and it was very easy golf. I just missed one green and I chipped it to one foot so I never really struggled to make pars and had a lot of looks at birdies and I made some and missed some so it was a very easy six under.

"I'm really playing well, I'm hitting the ball well. It's a very good golf course if you're playing well because if you hit it well you're going to do well.

"I'm really happy with what me and (caddie) Rich are doing out there and we're both looking forward to the weekend."

Further down the leaderboard is Joost Luiten and Jason Scrivener of Australia on ten under, two shots back, with host of players tied for sixth on nine under.