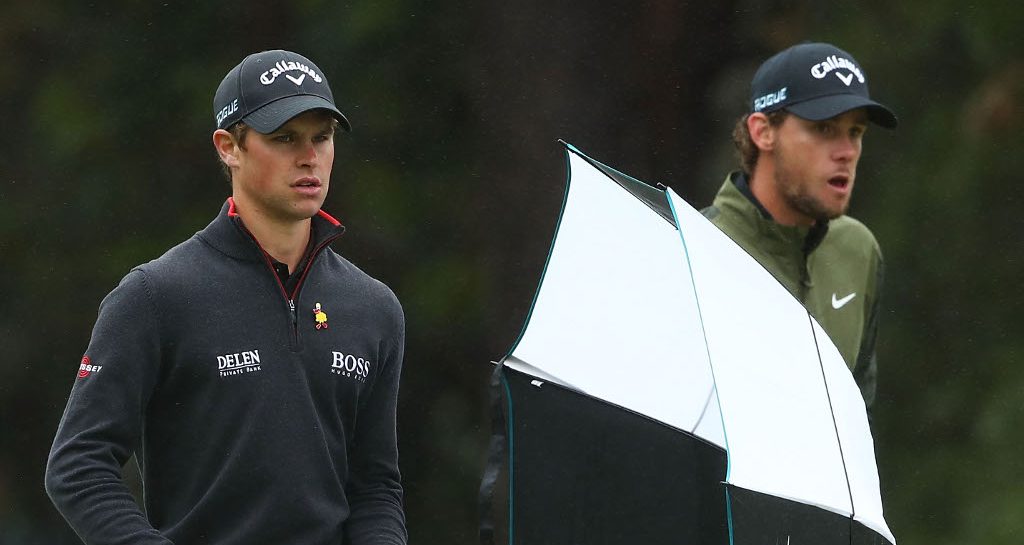 On a tough day for scoring in the alternate shot format, Belgian duo Thomas Pieters and Thomas Detry did just enough to join South Korea at the top of the World Cup of Golf leaderboard on 10 under par.

The format switched to foursomes on Friday and if scoring was easy on Thursday at the Metropolitan Golf Course in Melbourne, it was the complete opposite in the second round of action thanks to some wet, windy weather.

The weather may have been dull but the atmosphere was lively.

Thanks to the fans who turned out to witness an exciting and tumultuous second round at the ISPS HANDA World Cup of Golf! pic.twitter.com/8kCBUB1XjR

The lowest round of the day came from Mexico’s pairing of Abraham Ancer and Roberto Díaz. They combined to shoot a two-under-par-70.

Pieters and Detry were the next best on the day. Their one-under-par-71 got them to 10-under-par for the week and into a share of the lead with An Byeong-hun and Kim Si-wo of South Korea.

“Both of us were pretty on. The short game was pretty good today. It’s nice to know when I hit it to five feet he’s always going to make it.

“I told him if he puts me in the bunker today, it’s fine.”

Australia and England, who were top after day one, fell away somewhat with four-over and two-over rounds respectively.

At the bottom of the leaderboard, there were some ugly numbers posted. Zimbabwe carded an 84 while the team from Greece struck 87 blows on the sand belt track.