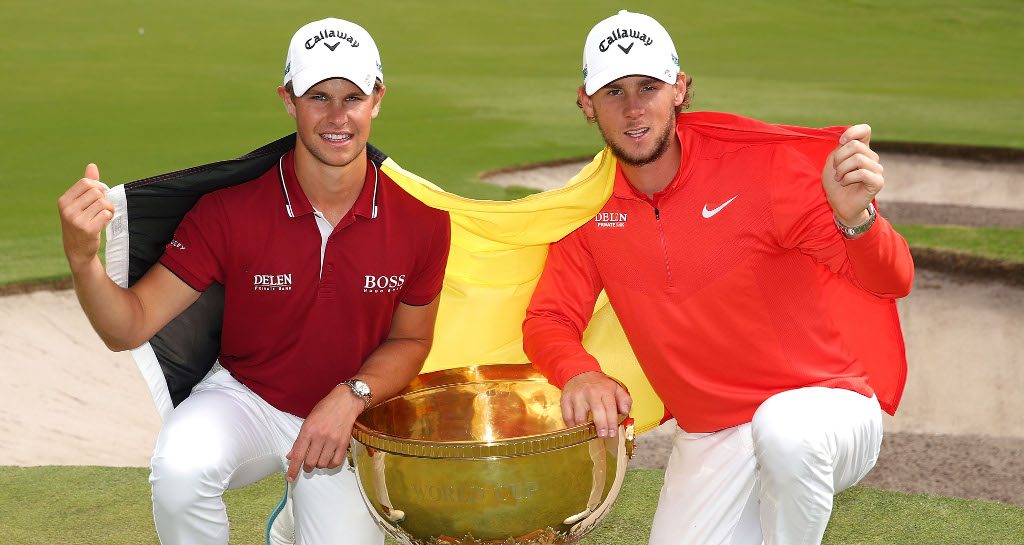 Belgium won the ISPS HANDA Melbourne World Cup of Golf on Sunday after overcoming a late challenge from hosts Australia.

Thomas Detry and Thomas Pieters had the luxury of a five-shot lead heading into Sunday’s final round at The Metropolitan Golf Club, and even though hosts Australia tried to put on the pressure with a final-round seven-under-par 65 from Marc Leishman and Cameron Smith, Pieters and Detry were able to finish the job thanks to a four-under 68 that saw them finish three strokes clear on 23 under par.

Leishman and Smith had managed to cut the lead down to just two shots with the last few holes of Sunday’s foursomes remaining, and even though the Belgian pair wobbled with bogeys at 15 and 17, they also managed to pick up birdies at the 16th and 18th to keep the Aussies at bay.

Team 🇧🇪 bounces back with a birdie on No. 16.#QuickHits pic.twitter.com/lpYZIEN553

Defending champions Soren Kjeldsen and Thorbjorn Olesen closed with a 65 to finish in a tie for third at 17 under with Canada, who had a 66.

“It feels amazing, World Champions,” said Detry. “It was always nice to have that big brother talking to you and calming you down. It’s like you’re playing a game against your buddy at home, I learned a lot thanks to him.

“It’s kind of a dream come true. There’s nothing like representing your country on the other side of the world, it’s just amazing.”

Pieters added: “I’m super proud of him. That drive on 18 was unbelievable. I could see he was a bit nervous, I was nervous as well. To finish with a birdie tops it off. These putts on the back nine aren’t easy, I know, and he made plenty of them.

“I told my mum and dad it’s been a long time since I won and this feels as good as an individual title. I’m very, very happy.”

European Tour Members have now lifted the World Cup for the eighth time in the last ten stagings.