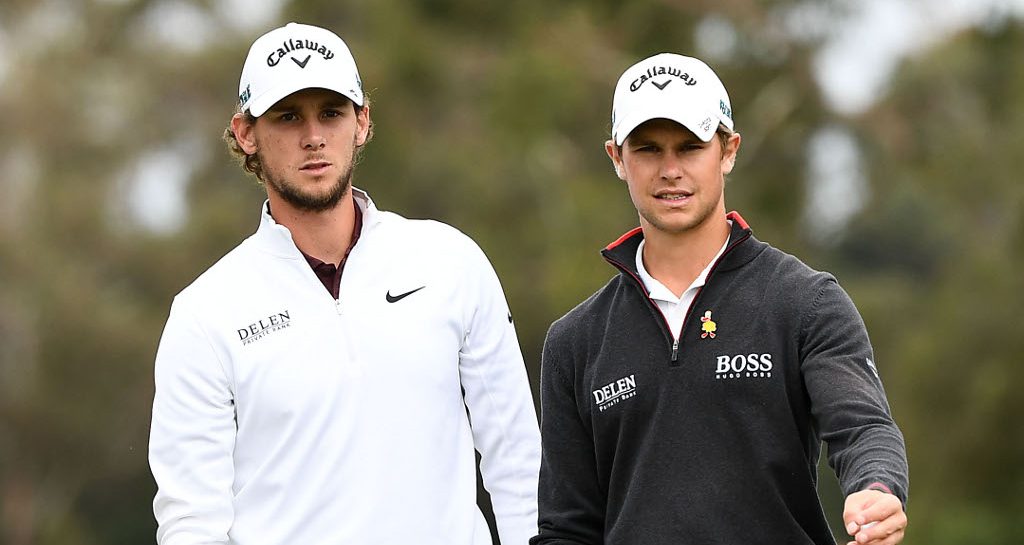 Belgian pair Thomas Detry and Thomas Pieters shot their second 63 of the tournament to grab a whopping five-stroke lead at the World Cup of Golf in Melbourne.

After Friday’s wet and miserable weather for the foursomes, conditions were much better for Saturday’s fourballs and Belgium were able to take full advantage.

The duo enjoyed a mid-round stretch of five-under-par in four holes to leave their rivals trailing in their wake as they ultimately signed for a nine-under-par 63 to go with their opening 63 on Thursday and their second-round 71.

Team Belgium continues to separate themselves in the third round of the @WorldCupofGolf.#QuickHits pic.twitter.com/XAe1umoZ1V

They lead the way on 19 under par, five strokes clear of South Korea, Italy and Mexico, who share second place.

The Koreans started the day in a share of the lead with Belgium, but a 68 on the day couldn’t prevent them from falling way behind.

Mexico’s Abraham Ancer and Roberto Diaz shot 65 to join South Korea in second place along with Italy’s Andrea Pavan and Renato Paratore, who survived a double bogey at the par-5 14th before recovering to post a 66.

Three teams were tied for fifth a further shot back – Sweden, Australia and England.

Home favourites Marc Leishman and Cameron Smith of Australia were six under on the front nine, but couldn’t replicate that kind of rampant scoring after the turn and had to settle for a 65.

“Probably a story of two different nines,” Leishman said. “Got off to a great start obviously but cooled off a bit on the back nine.”

Sunday’s final round will again be played in the foursomes (alternate shot) format.