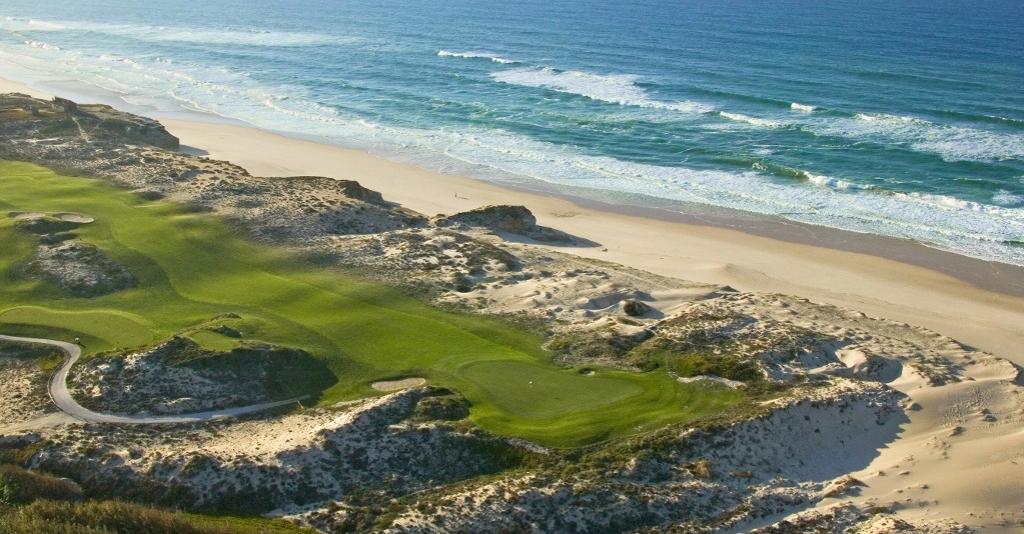 Praia D’El Rey Marriott Golf & Beach Resort will be in safe hands as it prepares to celebrate two landmark occasions in 2017 following the appointment of Alexandre Barroso as the new golf sales director at the top Portuguese venue.

Barroso, 44, brings a wealth of experience with him to the award-winning resort on Portugal’s Silver Coast having worked in a number of top positions across the golf industry including, most recently, spending five years as director of golf at Vidago Palace.

Praia D’El Rey has plenty to look forward to this summer as it not only celebrates its 20th anniversary but also the opening of a second, links-style 18-hole golf course at West Cliffs Golf Links.

West Cliffs Golf Links is predicted to be Europe’s most talked-about golf design project when it officially opens in June, and Barroso is thrilled to have joined Praia D’El Rey at such an important time in the resort’s evolving history.

Barroso said: “Praia D’El Rey is renowned as one of the top golf resorts in Europe and I’m tremendously excited to have been given this opportunity to play a leading role in shaping its future.

“The resort has plenty to celebrate in 2017, including the opening of a fantastic new golf course, and I’m looking forward to the challenge of promoting it across a wide range of new and existing domestic and international markets.”

Featuring an array of five-star golf and lifestyle experiences, Praia D’El Rey has quickly risen to establish itself among Europe’s most popular golf destinations for individuals, families and groups since opening in 1997.

Situated less than an hour north of Lisbon, Praia D’El Rey’s magnificent par-73 championship course is set amidst a combination of extensive pine forests and undulating dunes, and features spectacular views over the Atlantic and the Berlengas Islands beyond.

Designed by Cabell Robinson, it deserves its reputation as one of the continent’s top golf layouts, and West Cliffs is forecast to quickly join it when the course opens its doors.

Offering sweeping views of the Atlantic Ocean from each hole, the spectacular par-72 seaside links – which has been laid out by Cynthia Dye – has been created over 200 hectares of natural landscape, rolling sand dunes and coastal vegetation, and is the first Dye golf course in Portugal.

Barroso added: “With its outstanding design and location, West Cliffs promises to be one of the best new courses anywhere in the world, and I’m sure our guests will be blown away by it.”

As well as outstanding golf amenities, Praia D’El Rey boasts an extensive array of world-class sports, leisure and accommodation facilities including a 177-room Marriott hotel, a wide selection of villas, a tennis academy, a luxury spa and health club and numerous watersports and restaurants.