Bae eager to shine for Internationals 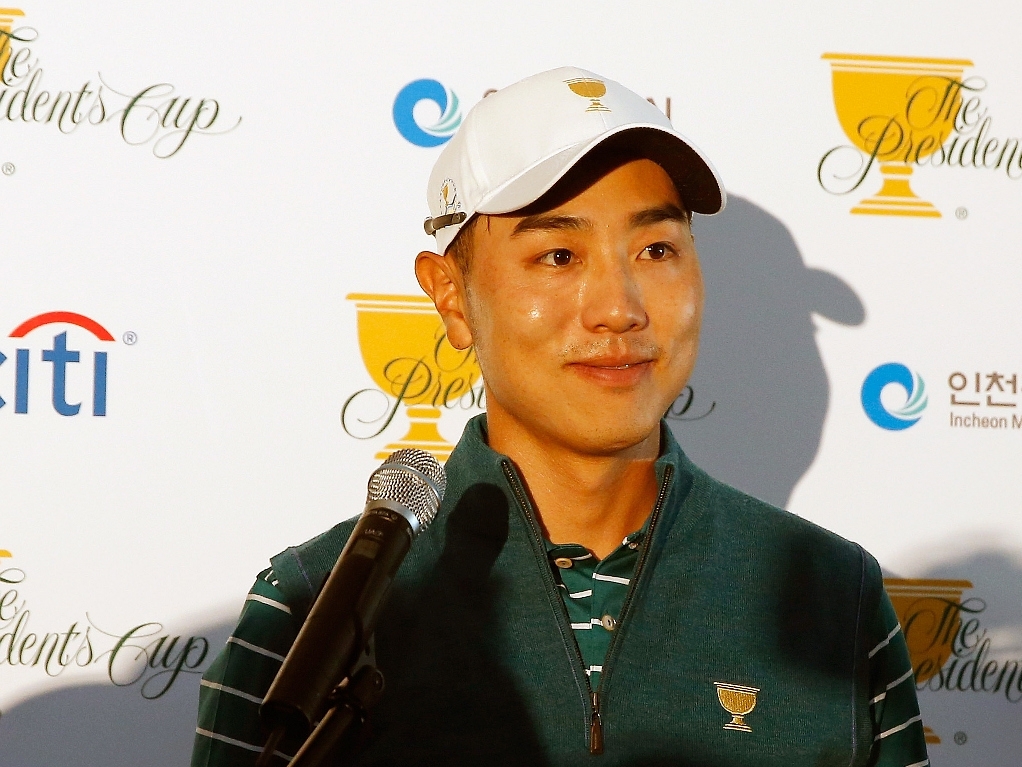 Bae Sang-moon can't wait to hear is name called out on the first tee, as the President's Cup starts on Thursday.

The 29-year-old Korean is the fourth Korean after KJ Choi, KT Kim and YE Yang to feature in the Presidents Cup, but it the only from the host country this time around.

"I'll be very happy and I'll be genuinely honoured. It will mean a lot to me," said the Korean, who was included in the International team as one of captain Nick Price's selections.

"It's really good to be back. I have a good energy level. Personally, since I'm very familiar with the course, I have very high confidence.

"This really means a lot, because we represent the International Team. And it's the first time (I am) playing in the Presidents Cup. I've got to focus on my game and you know, just make a lot of birdies. I really want to help my team win."

Bae is hopeful of partnering New Zealand's Korean-born player Danny Lee, with whom he has forged a friendship on the PGA Tour, during the fourballs.

"For fourball, I would like to play with Danny. Whoever I play with, whether I make the points on Thursday or Saturday, as long as I get to contribute to my team, I will very happy," continued Bae.

"I met Danny in 2007 and ever since then, we've played a lot together. We had lots of dialogues and we share a lot of things in common. We live nearby and also play together a lot often because of that factor."

Bae added that the whole International team was buzzing with excitement when they met with Price as a collective for the first time on Monday night.

"We talked a lot. It was a very light-hearted meeting. A lot of people had a lot of dialogue and interaction. We joked around a bit. But mostly we talked about how we could have a good playing partner, and the leadership also put a lot of thought into making the best pairings. I expect all our team members to play a good game," he added

"More than anything, I think we were able to build rapport as friends and as a team; that we often talked about how we could pair up. I think we can build each other's confidence and determination.

"I guess this is a good sign that a lot of Asian players are getting highlighted, and it's great to see players from Korea, Thailand, Japan and India are playing here. For me as a Korean, I also have this vision that a lot more Korean players will be debuting and will be showcased in some of the tournaments. I wish that not only the Korean female players but also Korean male players will get a lot of spotlight. I hope this becomes a good transition, a turning point for all of us."