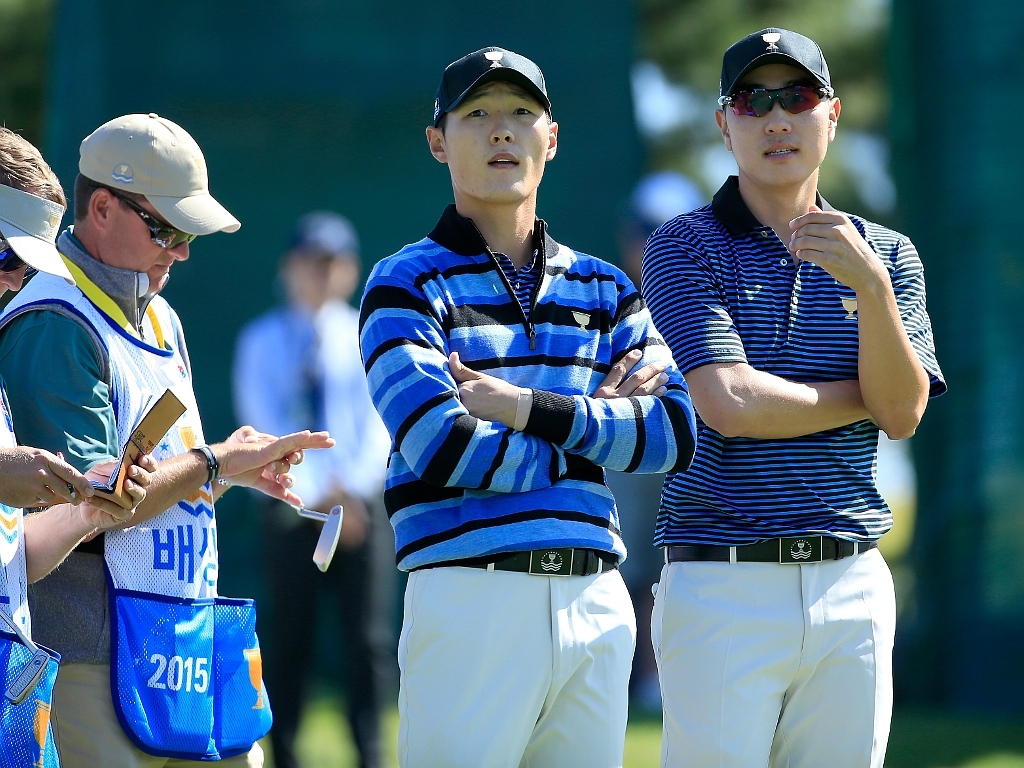 South Korea’s Sang-moon Bae has credited his fellow President’s Cup International Team members for helping him to sink the winning put in his four-ball match-up on Friday.

The 29-year-old birdied the final hole to hand the Internationals a 2-0 lead in the session, and start the team’s climb back into title contention.

"A lot of people came out here and they were supporting us. It was really helpful and I was really excited,” he told Yonhap News Agency.

“It was a really good match and I was a little nervous with that (final) putt. I'd never imagined the camaraderie between the guys would be this great.

"With my teammates looking on, I desperately wanted to make the putt and do something for the team. I was happy to give our team some momentum."

Bae, who is likely playing in his final tournament before embarking on mandatory military service, also drew praise from his playing partner.

"I just want to give all the credit to Sang-moon today. I feel like I just won a golf tournament. I wasn't hitting it that well today, but Sang-moon was playing really, really good," he said.

Nick Price, the team captain, also praised Bae and Lee for helping to spark the team’s come back.

The Internationals had trailed 4-1 after the US dominated Thursday’s foursomes session, but have now narrowed the deficit to a single point by taking the scores to 5.5-4.5.