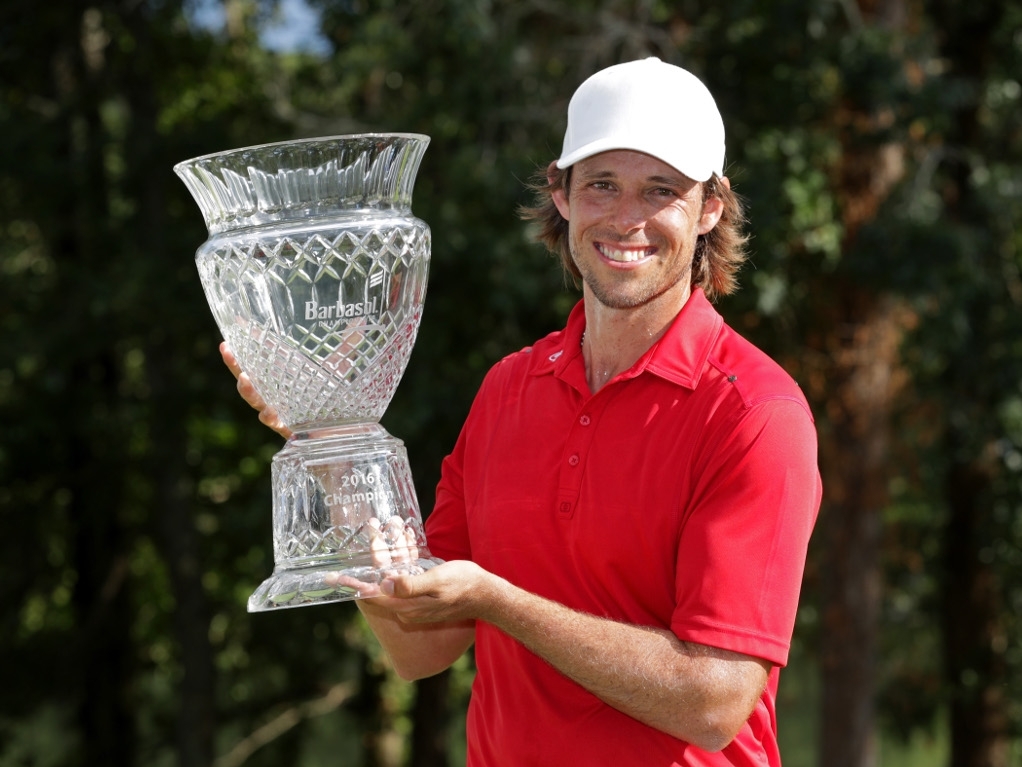 Aaron Baddeley outlasted Si Woo Kim in a four-hole play-off to triumph at the Barbasol Championship on Sunday.

After the first three extra holes, the first two of which were held at the 18th and the third at the 17th, failed to break the deadlock, the pair returned to the 18th for the fourth play-off hole, where Baddeley secured his fourth PGA Tour title after making a birdie.

While Baddeley celebrated winning his first title since February 2011, Kim was left to rue what could have been as he narrowly missed out on clinching his maiden PGA Tour crown.

Baddeley, who finished on 18 under after firing a five-under-par 66, was in sensational form on Sunday as he began his round with a 23-foot birdie putt at the third and followed it up with an eight-foot eagle putt at the par-five fifth. He went on to make another birdie at the seventh to wrap up a brilliant front nine.

The Australian was unable to mirror his performance on the back nine as he made a bogey at the 15th before registering two consecutive birdies at the 16th and 17th.

Kim, meanwhile, rocketed up nine spots on the leaderboard after carding an incredible 63, which began with him making three birdies, which included a 26-foot putt at the first, on the front nine. He made a hat-trick of birdies from the 11th to 13th to start the back nine and continued to excel as he made a seven-foot eagle putt at the par-five 16th. A 16-foot birdie putt followed at the 17th, leaving the South Korean needing par on the final hole to win, but he instead made his lone bogey of the round to join Baddeley in the play-off.