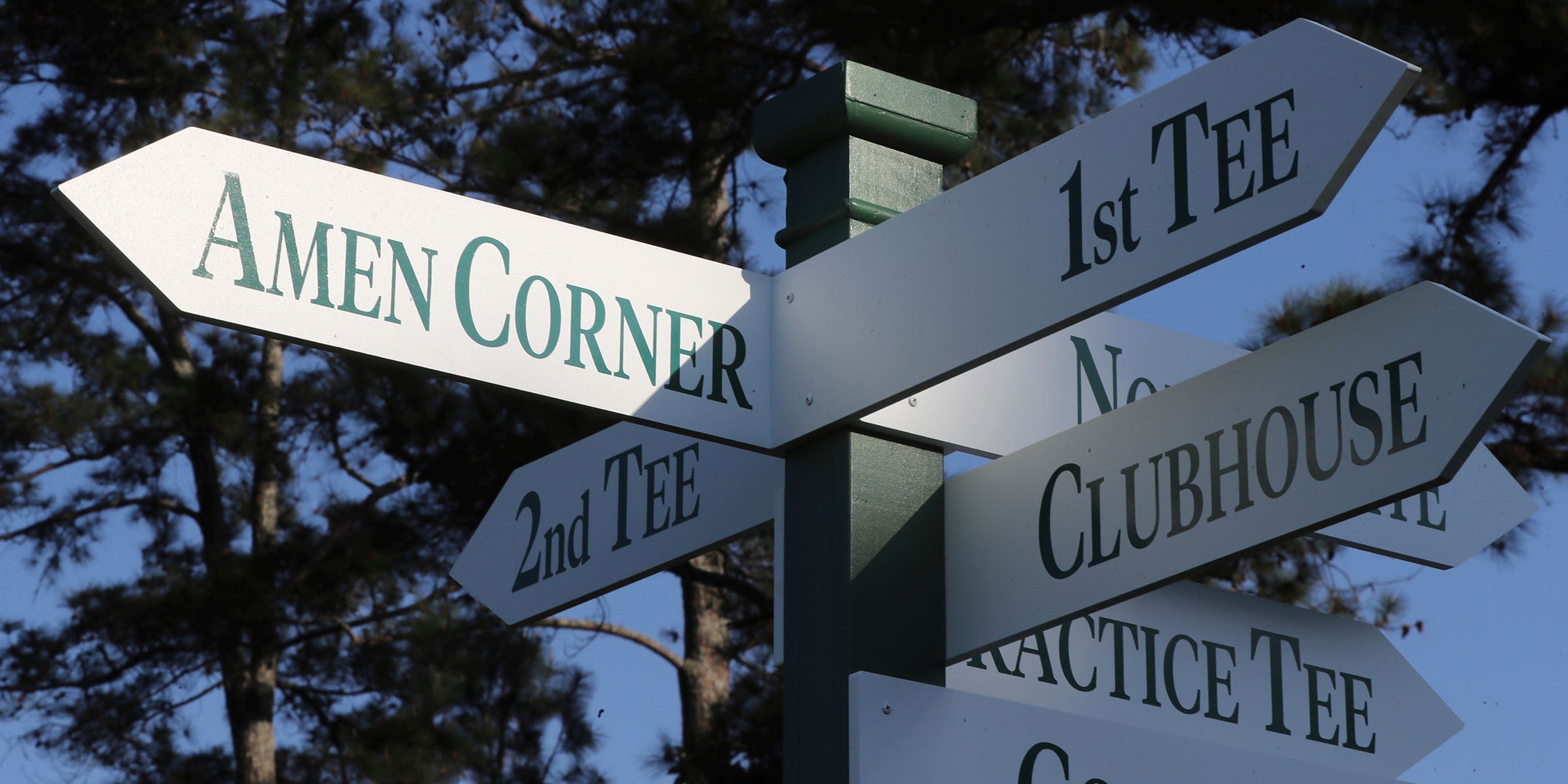 The build up to the Masters is usually dominated by a handful of names, whether that is Tiger Woods, Rory McIlroy or Bryson DeChambeau.

But not this year. Just 145 days after the 84th Masters concluded with Dustin Johnson’s record-breaking victory, the 85th edition will get under way with the “firm and fast” conditions at Augusta National at the top of the agenda.

“Anything you learn today, this week, forget it,” was the succinct advice offered by Jon Rahm to Sebastian Munoz during last year’s final round as the Colombian went on to finish 19th, one of a number of first-timers who enjoyed November’s softer conditions.

Higher up the leaderboard, Sungjae Im contended to become the first player to win on their debut since Fuzzy Zoeller in 1979 before having to settle for a tie for second with Cameron Smith, who became the first man in history to break 70 in all four rounds.

Johnson made history himself with a record winning total of 20 under par, surpassing the previous best of 18 under set by Woods in 1997 and equalled by Jordan Spieth in 2015.

So whether it is solely as a result of the weather or down to the desires of the Augusta powers-that-be to defend the course, the 88-man field can be sure of a different test this week.

“The November one I kind of set aside,” said world number 10 Patrick Cantlay, who was one-shot off the halfway lead in November’s coronavirus-delayed event.

“I thought it was fantastic that we were able to just get the event in that year, and I think Dustin’s 20-under record will be pretty safe for many years to come.

“This week I expect it to get really firm and fast, and I think that’s when this golf course shines.”

Another change from November sees the return of spectators to Augusta National, with a limited number of what tournament organisers insist on calling “patrons” allowed on site each day.

“You can see it in my face,” US PGA champion Collin Morikawa said with a wide smile when asked for his reaction. “We love it. I really miss it.

“It was great to see fans slowly come back over the past month and a half. It’s definitely going to line some fairways differently, which is actually going to be nice. We missed it and we’re truly happy they are back.”

Woods, who made a 10 on the 12th hole in last year’s final round when defending his title, is absent as he recovers from serious injuries suffered in a car accident in February, something the 15-time major winner joked had prevented him from “running up” Johnson’s bill for the Champions Dinner.

Johnson remains favourite to join Woods, Nick Faldo and Jack Nicklaus as the only players to win back-to-back Masters titles despite some indifferent recent form by his standards, with a rejuvenated Jordan Spieth, Bryson DeChambeau, Justin Thomas and Jon Rahm close behind.

Spieth’s victory in the Valero Texas Open on Sunday and his superb Masters record make him an obvious danger, while Players Championship winner Thomas and new father Rahm have previously contended for a green jacket.

In contrast, DeChambeau’s best finish in five starts remains a tie for 21st while still an amateur and the US Open champion has pledged to maintain his uniquely aggressive approach despite struggling to a tie for 34th in November.

McIlroy’s recent struggles mean expectations of him winning here to complete a career grand slam have never been lower, but the four-time major winner acknowledges that is no bad thing.

“I’ve played a bunch of really good rounds on this golf course before, but just not four in a row. That’s the challenge for me,” McIlroy said.

“And if I can do that and get my head in the right place and feel like my game’s where it needs to be, then I have no doubt that I can put it all together.”