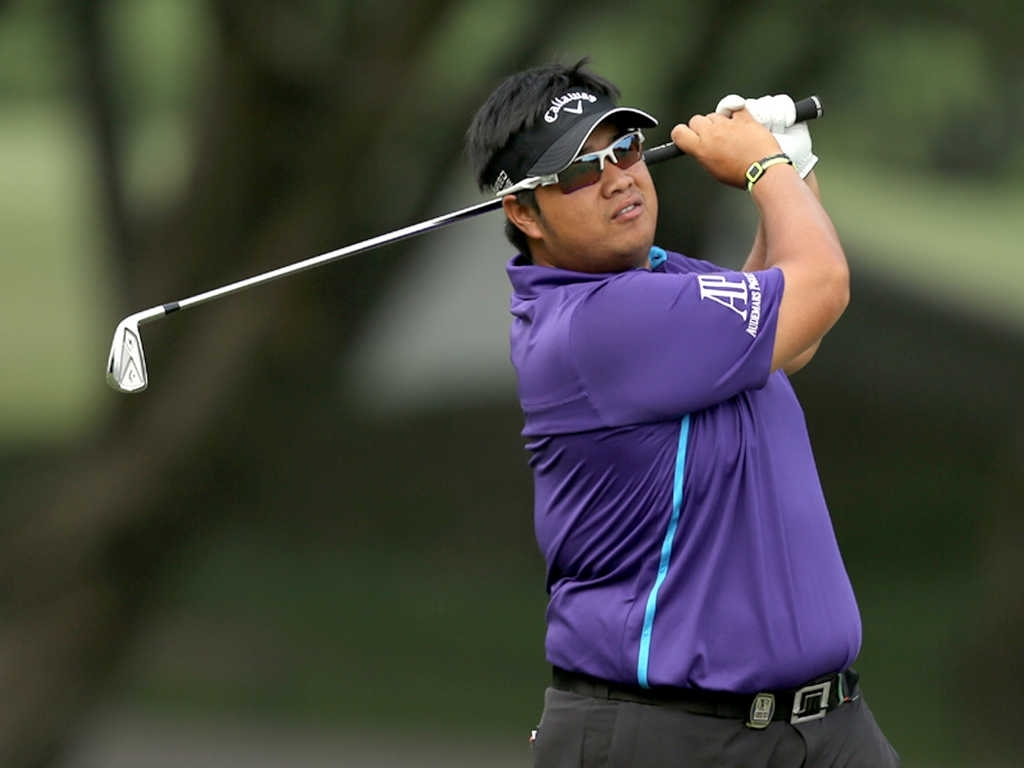 Kiradech Aphibarnrat is hoping marital bliss will drive him to victory at the inaugural Maybank Championship Malaysia.

Newly-wed Kiradech tied the knot with sweetheart Tunyatorn Chaiyarat over the weekend but delayed his honeymoon to become one of the headliners in the newest tournament on the Asian Tour and European Tour.

The popular Thai, who has won previously in Malaysia when he became the Asian Tour number one in 2013, wants to pocket the champion’s cheque of US$500,000 at Royal Selangor Golf Club as a wedding gift and gain an extra dose of confidence ahead of a big season ahead.

With appearances in all the Majors and World Golf Championships secured for 2016 after he ended last season as the world’s number 38, big-hitting Kiradech will need to contend with 10 other world’s top-60 players in the elite field here including Danny Willett of England, Louis Oosthuizen of South Africa and Germany’s Martin Kaymer.

“You must always try to win in every tournament you play in. But it is true, if you win early in the year, you will have much higher confidence. This is a big event with a lot of great players so I’m very happy to be part of it. If I win, I will earn a lot of world ranking points,” said Kiradech, now ranked 44th in the world.

Playing in what he describes as his ‘honeymoon’ week, Kiradech hopes to make it a week to remember after marrying Tunyatorn in a hot air balloon festival in Chiangrai, Thailand.

“She teaches in Thailand so she can’t come here because her students have an exam next week. I don’t want to keep reminding my wife about the honeymoon because she will get angry! But she understands my work,” he laughed.

Kiradech injured his neck last month but is ready to contend again in the Maybank Championship Malaysia. “My game is good. I injured my neck at the EurAsia Cup (last month) and then I played the last few weeks in the Middle East. I made the cut but I didn’t finish well because I wasn’t 100% recovered. I’m fully recovered for this week and ready to go.”