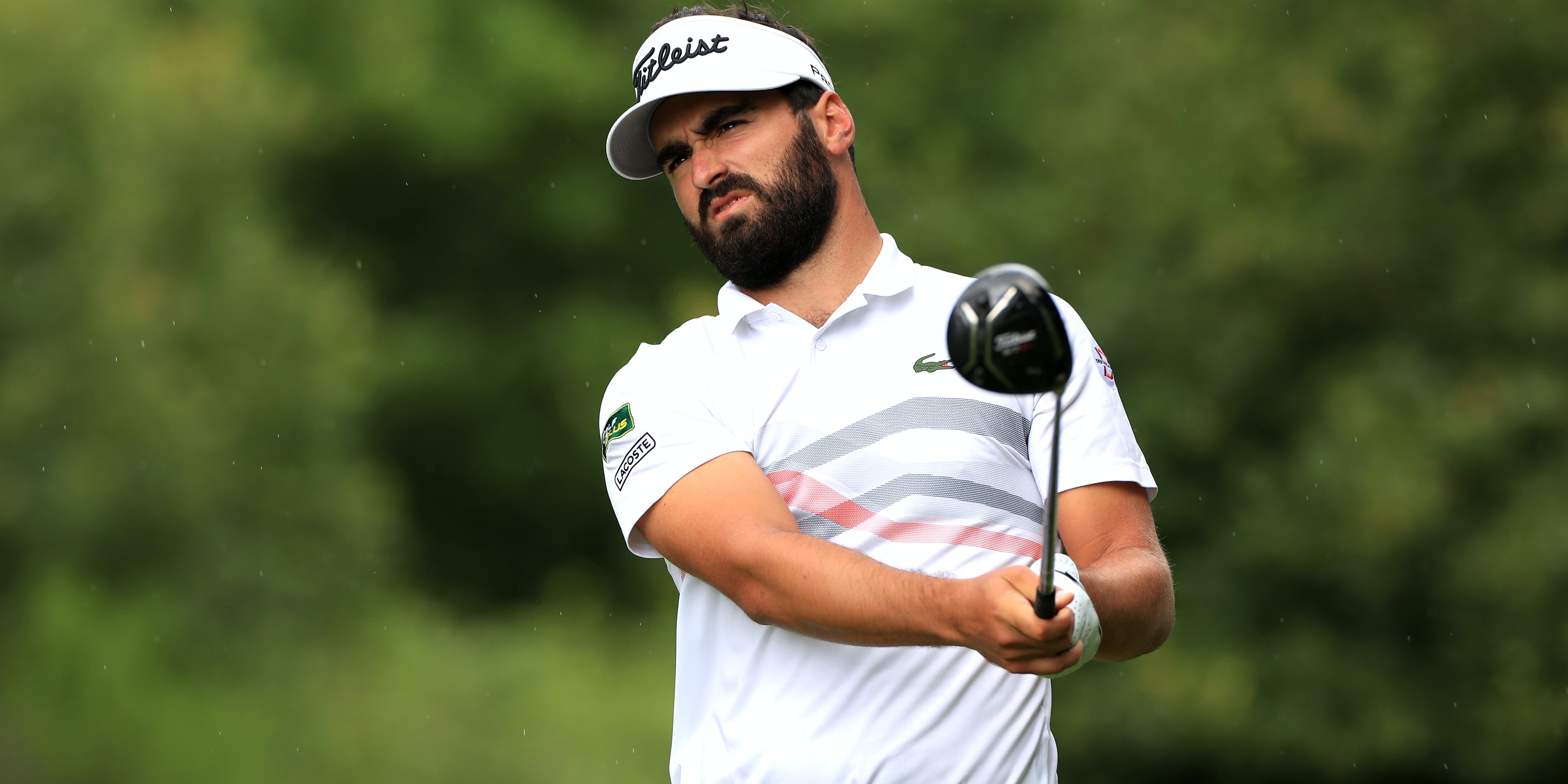 Antoine Rozner carded a superb final-round 64 to claim his maiden European Tour title with a two-shot victory at the Golf in Dubai Championship.

The 27-year-old Frenchman started Saturday’s final round four shots adrift of long-time leader Andy Sullivan, who looked set to complete a wire-to-wire win when leading by two as he headed down the back nine.

However, Rozner was hot with his irons around the turn to surge into contention and took the outright lead for the first time at the 13th hole.

The pair fought for supremacy before the Englishman bogeyed the 16th to hand Rozner the initiative.

He kept his composure with a stunning approach to the par-five last for a birdie to reach 25 under par overall and become the 14th first-time winner on the European Tour this season.

“It means a lot,” Rozner said. “It’s been such a strange year. We have been through so much all over the world and to be able to get it done in such nice fashion, eight under, it’s amazing.

“I’m going to be very honest with you, the first time I saw I was in the lead was when I was on the 18th green so I didn’t really look at the leaderboard.

“I knew the game was there. I didn’t know it was that good but I’m excited.”

Sullivan, who set a course record of 61 in the first round on the Fire Course at Jumeirah Golf Estates, looked to heading for a comfortable victory as he birdied the opening hole for the fourth day in a row.

He saw his lead swell to three followed a birdie at the seventh to reach 23 under but Mike Lorenzo-Vera was also in contention after going five under in his first 10 holes of his final round.

But it was his fellow Frenchman Rozner who challenged Sullivan as he rolled in third successive birdies from the ninth and took the lead with an eagle at the 13th hole.

Sullivan returned to the summit on 24 under when he picked up a shot at the same hole and found himself on his own after Rozner bogeyed the 15th.

Lorenzo-Vera was also one behind the leader with his seventh gain of the day at the 16th but Rozner responded immediately with a tap-in birdie at the same hole to rejoin the lead.

He hit the front again despite narrowly missing his birdie putt at the 17th as Sullivan dropped a shot at the 16th.

Rozner birdied the last meaning Sullivan had to eagle the 18th to force a play-off.

The four-time European Tour winner found the bunker with his second shot and when he failed to hole out, Rozner was crowned champion.

Sullivan closed with a par to finished in a tie for second with Lorenzo-Vera, Matt Wallace and Italy’s Francesco Laporta.

Scotland’s Grant Forrest carded a final-round 63 to finish in sixth on 21 under, with Ross Fisher one shot further back.