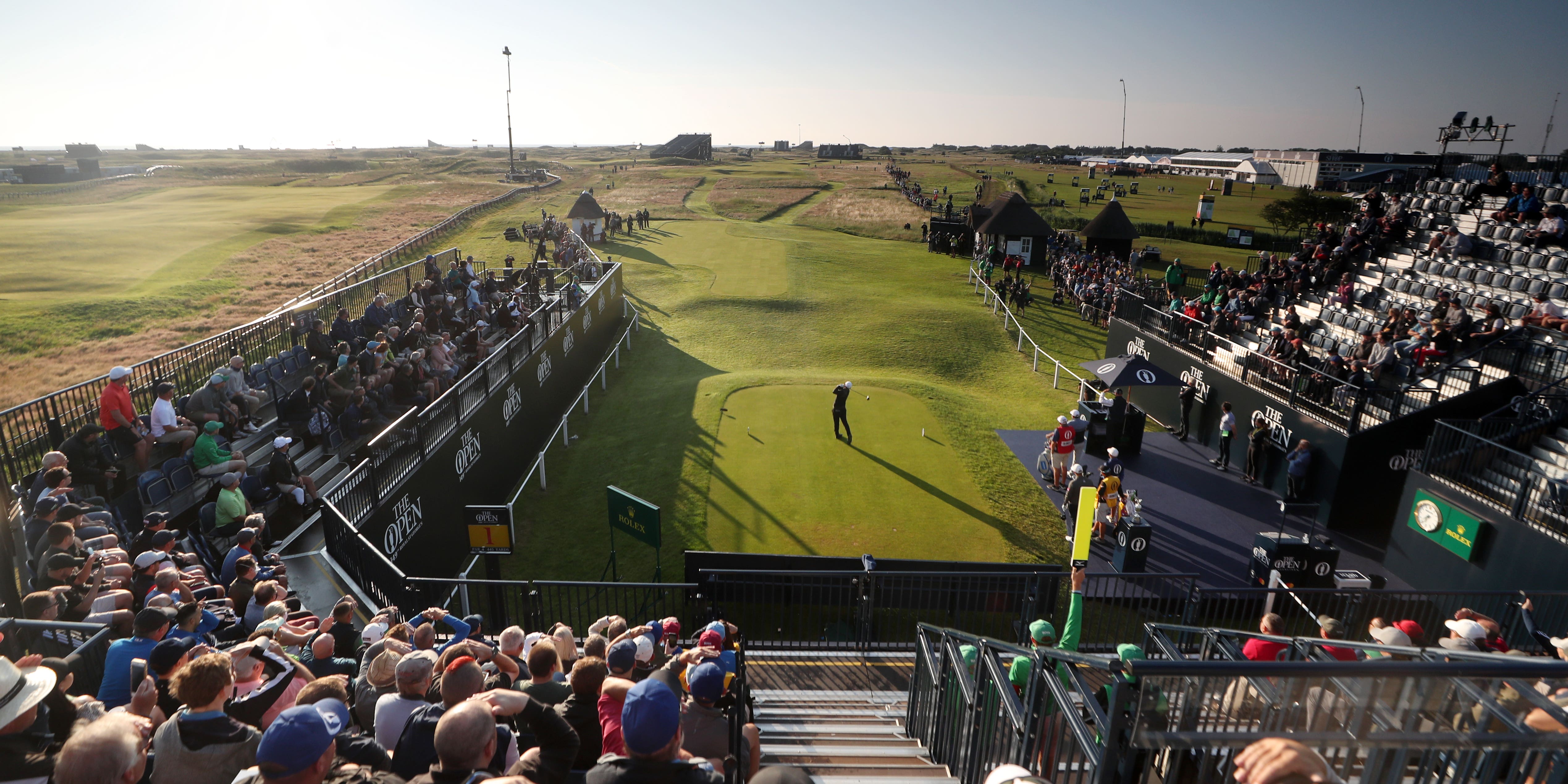 A year later than scheduled, the 149th Open Championship got under way at Royal St George’s in glorious sunshine.

Covid-19 forced a postponement 12 months ago but when proceedings eventually began at 6.35am on the Sandwich links Andy Sullivan was first to take advantage of favourable but breezy conditions by holing a 25-foot birdie putt at the first hole.

The honour of hitting the opening tee shot went to 48-year-old Richard Bland, who became the oldest first-time winner of a European Tour event with victory at the Betfred British Masters on his 478th start.

Although the finish to his drive, which went slightly left, looked a little unsteady he was disappointed to see his 14ft birdie putt graze the edge of the hole.

Marcus Armitage, another maiden winner in June with his victory at the Porsche European Open, completed the all-English three-ball and he also had to settle for par.

Shane Lowry’s long wait to start the defence of his Open title was due to start at 9.58am in the marquee group alongside golf’s newest major winner Jon Rahm and 2010 champion Louis Oosthuizen.

In a group half an hour before him were Jordan Spieth, who won the Open in 2017, last year’s US Open champion Bryson DeChambeau and South Africa’s Branden Grace.