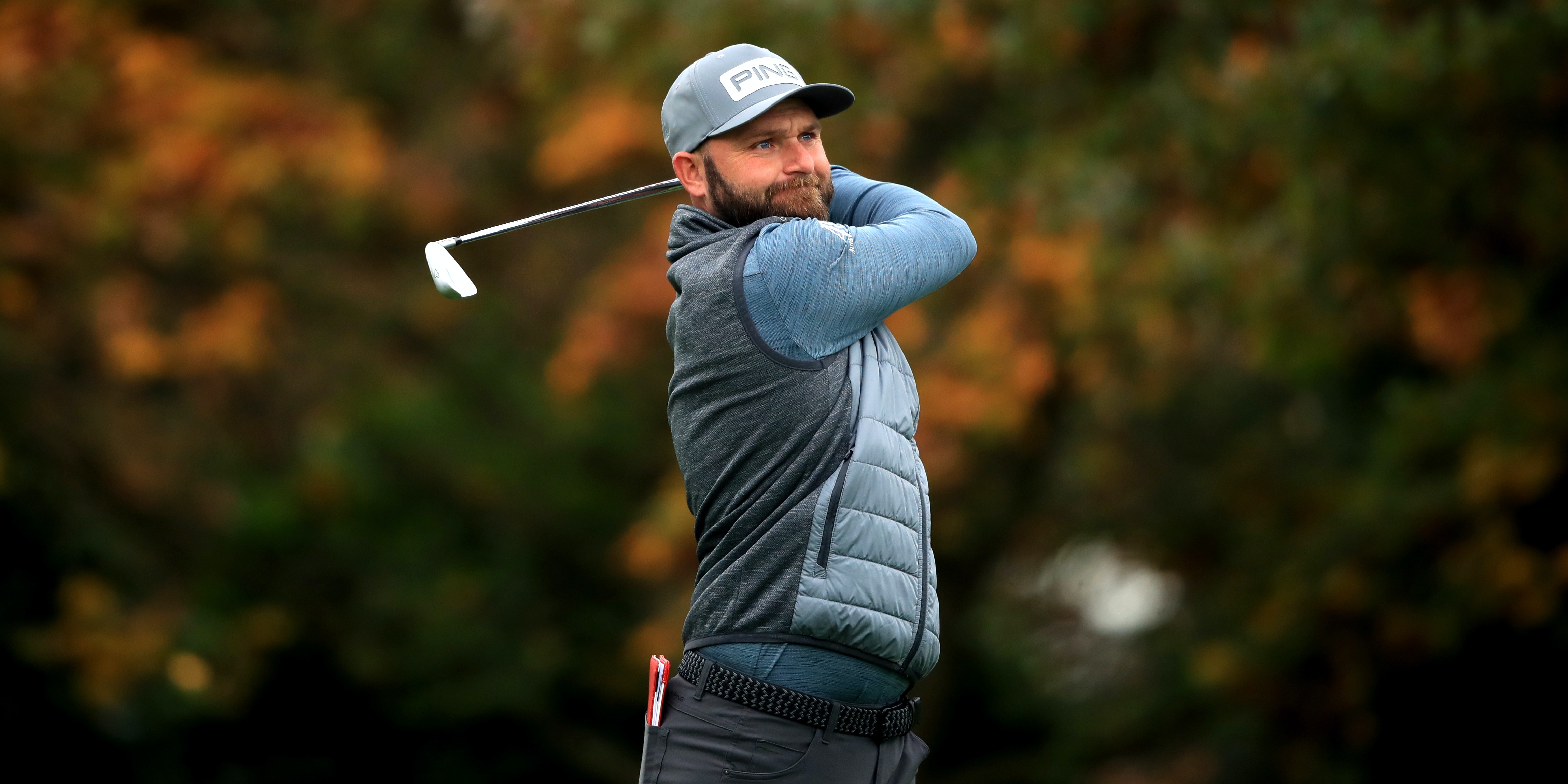 Andy Sullivan continued to reap the rewards of a change in attitude after threatening to record the second 59 in European Tour history in the Golf in Dubai Championship.

Starting on the back nine of the Fire Course at Jumeirah Golf Estates, Sullivan raced to the turn in just 30 shots and picked up further birdies on the first, second, fourth, fifth and seventh.

That left the 34-year-old needing to birdie his final two holes to break the 60 barrier, but his long-range attempt on the eighth slid agonisingly past the hole and another chance from seven feet went begging on the last.

Sullivan therefore had to settle for an 11-under-par 61 and a two-shot lead over fellow Englishmen Matt Wallace and Ross Fisher and France’s Antoine Rozner, with Sweden’s Oscar Lengden and the Scottish duo of Craig Howie and Marc Warren another stroke adrift.

“It’s funny, I played the front nine (on Tuesday) and I played the back nine a year ago when we came over to warm up,” Sullivan said. “You do all this prep on these courses and try and work out where to hit it.

“This week I turned up and clattered it around and found myself being ridiculous under par through seven or eight holes on my front nine. You think ‘Here we go’.

“I changed my putting routine (on Tuesday) and it’s helped me trust my instincts more instead of second guessing myself, which really helped. The putter was extremely hot (on Wednesday).”

Sullivan won three times in 2015 to qualify for the following year’s Ryder Cup, but had to wait until August this year to taste victory again in the English Championship.

“Covid really changed everything for me,” Sullivan added. “I had time to sit down and reflect on how I was being on the golf course. I wouldn’t like to say, but I was being an idiot. It’s not nice to say that about yourself.

“I could think about what I wanted from the game and where I wanted to go with it. I refocused and started enjoying it again. I’ve started to play a lot better.”

Wallace was only level par after his first seven holes, but played the remaining 11 in nine under thanks to an eagle and seven birdies as he looks to secure a place in next year’s Masters.

“A Masters invite will be taken care of if I play like I did today,” said Wallace, who is currently 51st in the world rankings. The 50 at the end of the year receive an invite to Augusta National in April.

“With the world ranking system I will lose points because I finished second in Dubai two years ago so I might drop down quite a bit, so it’s important to have a good result this week. I’m out here to play as well as I can anyway, that’s what I’m trying to do.”

Before play got under way, Romain Langasque, Tom Lewis and Ondrej Lieser were withdrawn from the event after all three tested positive for Covid-19 before entering the tournament bubble.