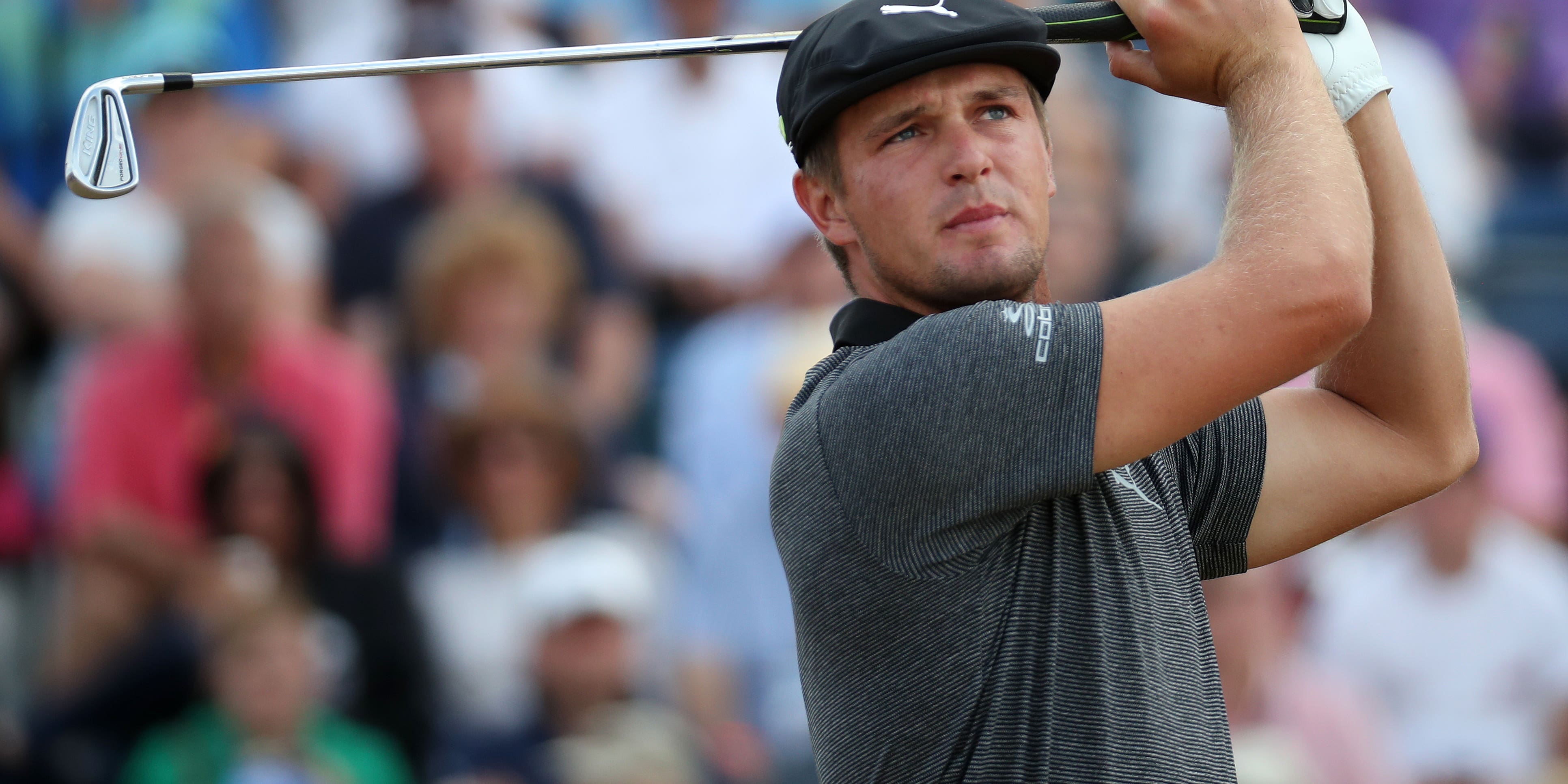 Double US Open champion Andy North believes Bryson DeChambeau could “lap the field” in the Masters at one point in his career.

DeChambeau dominated the build-up to November’s Masters after blasting his way to a six-shot win in the US Open in September and making the bold claim that he viewed Augusta National as a par 67 due to all the par fives being within reach.

In reality a third-round 69 was the best DeChambeau could manage on his way to a tie for 34th, but North feels the big-hitting American will get his hands on a green jacket in the future.

“You don’t mess with the golf gods,” ESPN analyst North said in reference to DeChambeau’s par-67 claim. “Whenever you start thinking it’s easy, that’s when you’re in big trouble, but I thought what he tried to do was really cool.

“I think it’s really interesting what he is trying to accomplish. It didn’t work last fall. It doesn’t mean it won’t work this spring. The guy hit driver, sand wedge to 13 (a par five).

“If you do that enough times, there’s going to be a week where he drives the ball great at Augusta National and wins by eight shots. That’s going to happen at some point in time.”

DeChambeau won his eighth PGA Tour title in the Arnold Palmer Invitational in March and demonstrated his prodigious distance off the tee with some audacious drives on the par-five sixth in particular.

“He’s geared back a little bit. He’s not trying to hit it quite as hard, but anybody who watched the couple of tee shots he hit at Bay Hill, they were the most ridiculous things I’ve ever seen.”

North concedes that DeChambeau’s putting statistics at Augusta National, where detailed green-reading books are prohibited, are currently poor, but added: “They’re terrible at Augusta, but they’re good at a lot of other places.

“His putting has improved dramatically over the last year or so. Can he do it in Augusta? Can he figure out those greens?

“That’s a big part of it. There will be a time I truly believe he will, and he might lap the field that week.

“It might only be once, but I think there’s a good chance of it happening.”