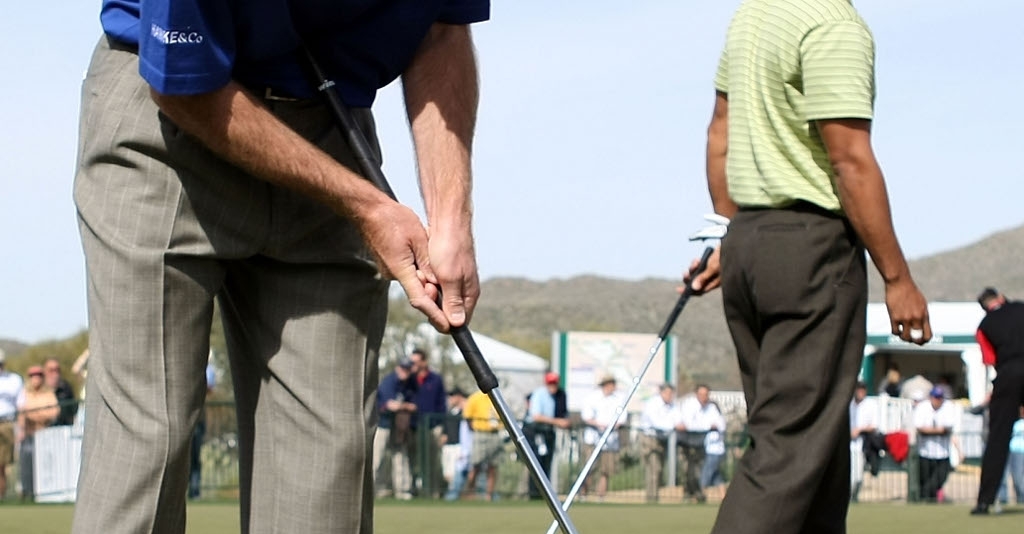 The ban on anchored putters officially came into effect on January 1, 2016, following a lengthy struggle over its legality.

Any players still using the 'belly' putter will have to make another plan from now on.

Long putters may still be used, but they can no longer be pressed into a golfer's midsection for greater control.

The ban was first proposed jointly by the Royal & Ancient Golf Club and U.S. Golf Association more than three years ago following much deliberation.

It was swiftly approved and has now been written into the Rules of Golf.

Rule 14-1b states: "In making a stroke, the player must not anchor the club, either 'directly' or by use of an 'anchor point.'"

During the time the anchored putters were allowed, several players enjoyed considerable success using them.

Before his Open Championship victory, Els famously maintained, "As long as it's legal, I'll keep cheating like the rest of 'em."

Even Phil Mickelson briefly tried out the new approach, though Tiger Woods remained opposed to the method throughout.

"Anchoring should not be a part of the game," he said back in 2013 before the ban was approved. "It should be mandatory to have to swing all 14 clubs."