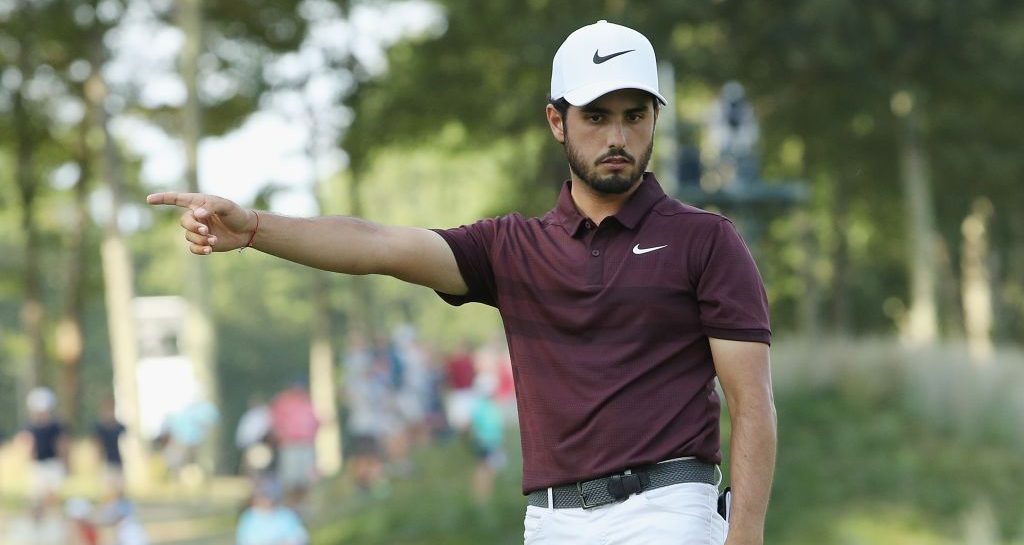 Unheralded Mexican Abraham Ancer lies on the verge of a first PGA Tour victory after rising to the top of the leaderboard at the Dell Technologies Championship in Massachusetts on Sunday.

The American-born 27-year old hit six birdies on the front nine, including his first three holes as he carded a six-under-par 65 at TPC Boston.

A big Sunday from @Abraham_Ancer has him projected to make a huge move in the #FedExCup.#LiveUnderPar pic.twitter.com/yP6vO23viu

Ancer ended the third round on 13-under par, a shot ahead of Tyrrell Hatton (69) and Bryson DeChambeau, who rocketed up the standings with a 63.

Ancer, who missed the cut at last week’s Northern Trust, said his change in fortunes was not really that surprising.

“There’s a very fine line from being right there fighting for the cut and fighting to win the tournament,” he said.

The in-form DeChambeau, meanwhile, has the chance to go back to back after victory last weekend.

For the second week in a row @B_DeChambeau carded a 63 in the third round. pic.twitter.com/LByp3gXPMz

Hatton has earlier assumed the lead, but faltered on the 12th when an unfortunate bounce off a cart track lead to a lost ball and a double-bogey.

Rory McIlroy had threatened to get into contention after going out in four under, but couldn’t build on it coming home as he ended with a 66 fo finish four shot back.

Overnight leader Webb Simpson, meanwhile, suffered on his way to a 76 that left him seven strokes back on six under.