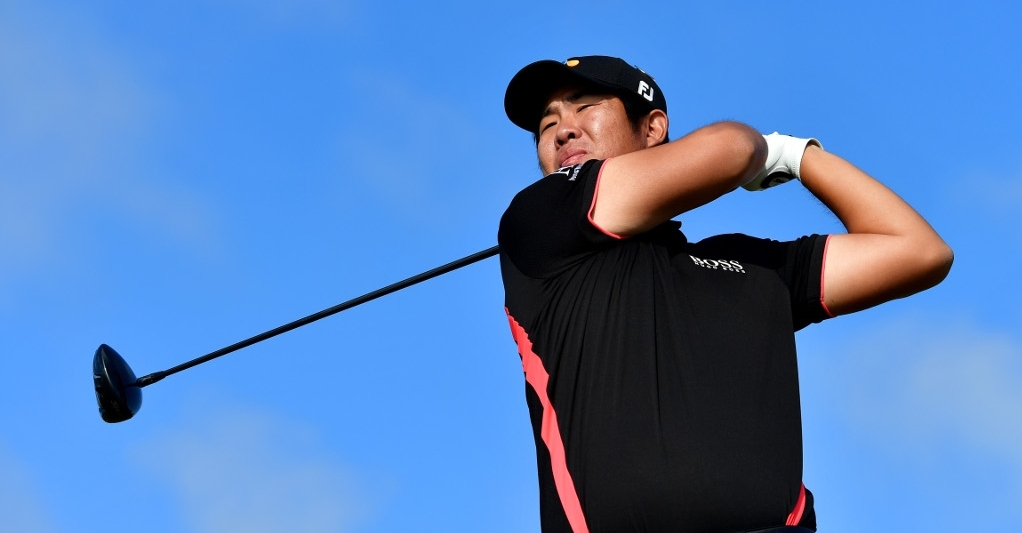 South Korea's Byeong Hun An has landed the first blow ahead of the PGA Championship by winning longest drive competition.

In the annual event which took place on Tuesday, all players had the chance to hit one tee shot on the 478-yard par-four first hole at Baltusrol, with the distance measured to where the ball finished on the fairway. Drives that missed the fairway did not count for the competition.

Rory McIlroy looked set to win the first prize of a gold money clip and a 25,000 US dollar donation to a charity of his choice when he set an early mark of 345 yards, but he was beaten late on by An's effort which measured just two yards longer.

"I'm a little bit gutted," a smiling McIlroy said after hearing he had to settle for second. "That would have been a mini victory this week and I hit mine at half eight this morning when there was no wind. I pulled it a little bit, so I was a little concerned it might just miss the fairway left, but it just hung on.

"It's a cool concept. It's a lot of fun and I think the guys enjoy it."

McIlroy walked away with a silver money clip and a 15,000 dollar donation to charity, with Belgium's Nicolas Colsaerts winning a bronze clip and 10,000 dollars for charity after hitting the third longest drive of 341 yards.