An in front in the desert 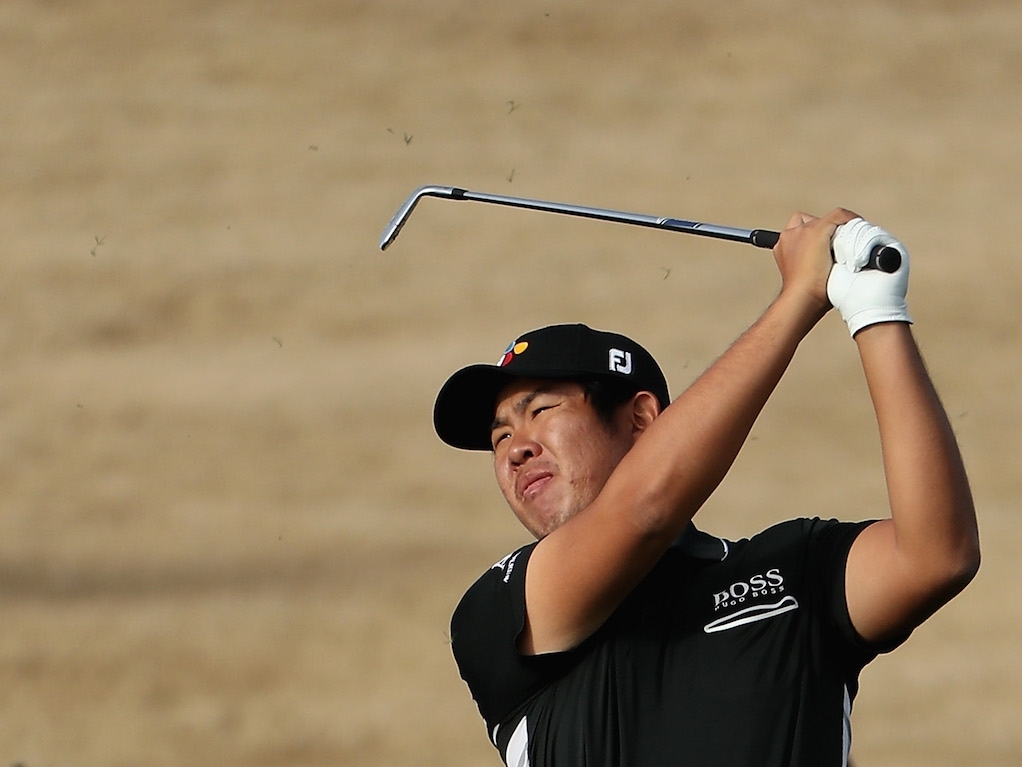 Byeong Hun An cruised effortlessly into a share of the halfway lead with Brendan Steele after shooting a five-under-par 66 on the second day of the Waste Management Phoenix Open.

An was the best of the early starters and birdied three of the first six holes in ideal conditions at TPC Scottsdale, although his momentum took a hit when he three-putted the seventh green from 50 feet.

The South Korean, who leapt to prominence when he powered to a six-shot victory in the BMW PGA Championship at Wentworth in 2015, steadied himself with a run of seven pars before getting back on track with a gain at 15.

At the intimidating par-three 16th he walked away with a three.

An then got up-and-down from just short of the driveable par-four 17th and finished in style as he rolled in a 35-foot putt for another birdie.

Speaking after his round, An pointed out that he felt comfortable playing in front of the gregarious Arizona galleries, something many other players struggle with.

The former University of California student was later joined at the top by Steele, who also birdied three of the last four holes and kept a bogey off his card in a 67.

Elsewhere, in the field Kang Sung-hoon, Matt Kuchar, Martin Laird and Hideki Matsuyama shot scores of 65, 69, 66, 68 respectively to find themselves in a tie for third at nine-under-par.