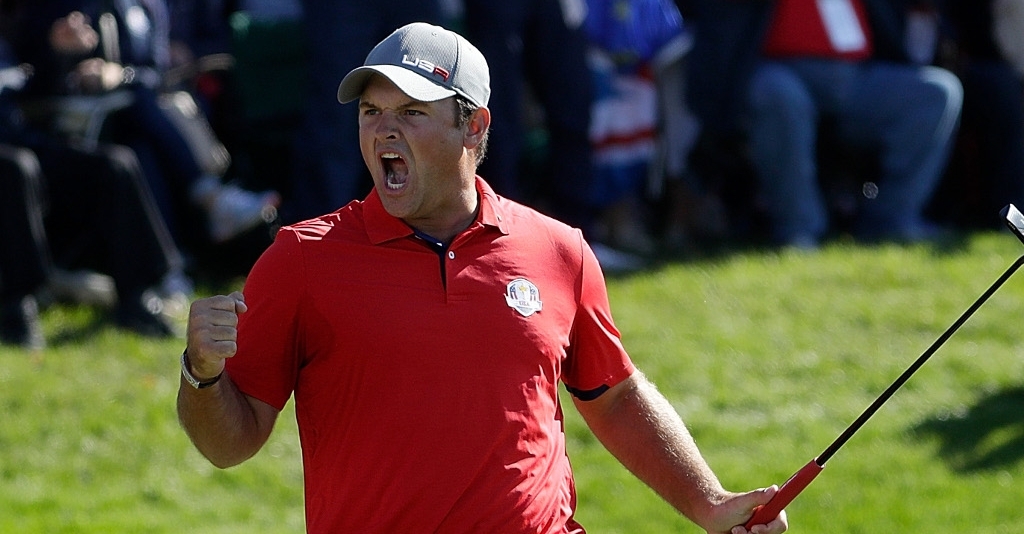 The US Ryder Cup team came firing out of the blocks in Friday's opening foursomes at Hazeltine to open up a formidable 4-0 lead.

The Europeans were totally outplayed on the first morning of competition and will now need to do some serious catching up in the afternoon fourballs to avoid a total blowout on day one.

US captain Davis Love's partnerships appeared to do the trick while his opposite number Darren Clarke appeared to get it all wrong, as the Americans gave their fans plenty to cheer about.

Young guns Jordan Spieth and Patrick Reed were sent out first to take on the equally formidable European pairing of Justin Rose and Henrik Stenson, but the men in blue quickly found themselves 2-down as the Americans won both the second and third holes.

Spieth and Reed would go on to win the seventh hole as well, and though the Europeans pulled one back on the ninth, they were not able to peg their opponents back any further, as the Americans sealed a 3&2 victory on the 16th.

The second match saw Phil Mickelson and Rickie Fowler take on Rory McIlroy and Andy Sullivan, and though this was the closest match of the morning, the US duo still managed to edge the contest with a 1-up victory on the 18th.

An early 2-up lead for the Europeans was quickly eradicated as Mickelson and Fowler won three holes in a row from the seventh.

McIlroy and Sullivan hit back superbly to win the 11th, 13th and 14th holes and re-establish their two-hole lead, but Mickelson and Fowler would finish in sensational fashion, winning three of the last four holes to snatch victory from the jaws of defeat.

The European won the second hole and held on to that narrow advantage until the 12th, only for Walker and Johnson to stun their opponents by winning the next five holes in a row and complete what would turn out to be an emphatic victory.

The final match of the day was another one-sided affair, as Dustin Johnson and Matt Kuchar won five of the first eight holes to leave Lee Westwood and Thomas Pieters facing a massive deficit they were never able to overturn, with the Americans eventually completing a comprehensive 5&4 victory.

Dustin and Kuch win 5&4 to put more red on the board. https://t.co/kT2QzYEvfk

The US team now has all the momentum heading into the afternoon session, although a lot can change quickly in the Ryder Cup format and the contest is far from won at this stage.