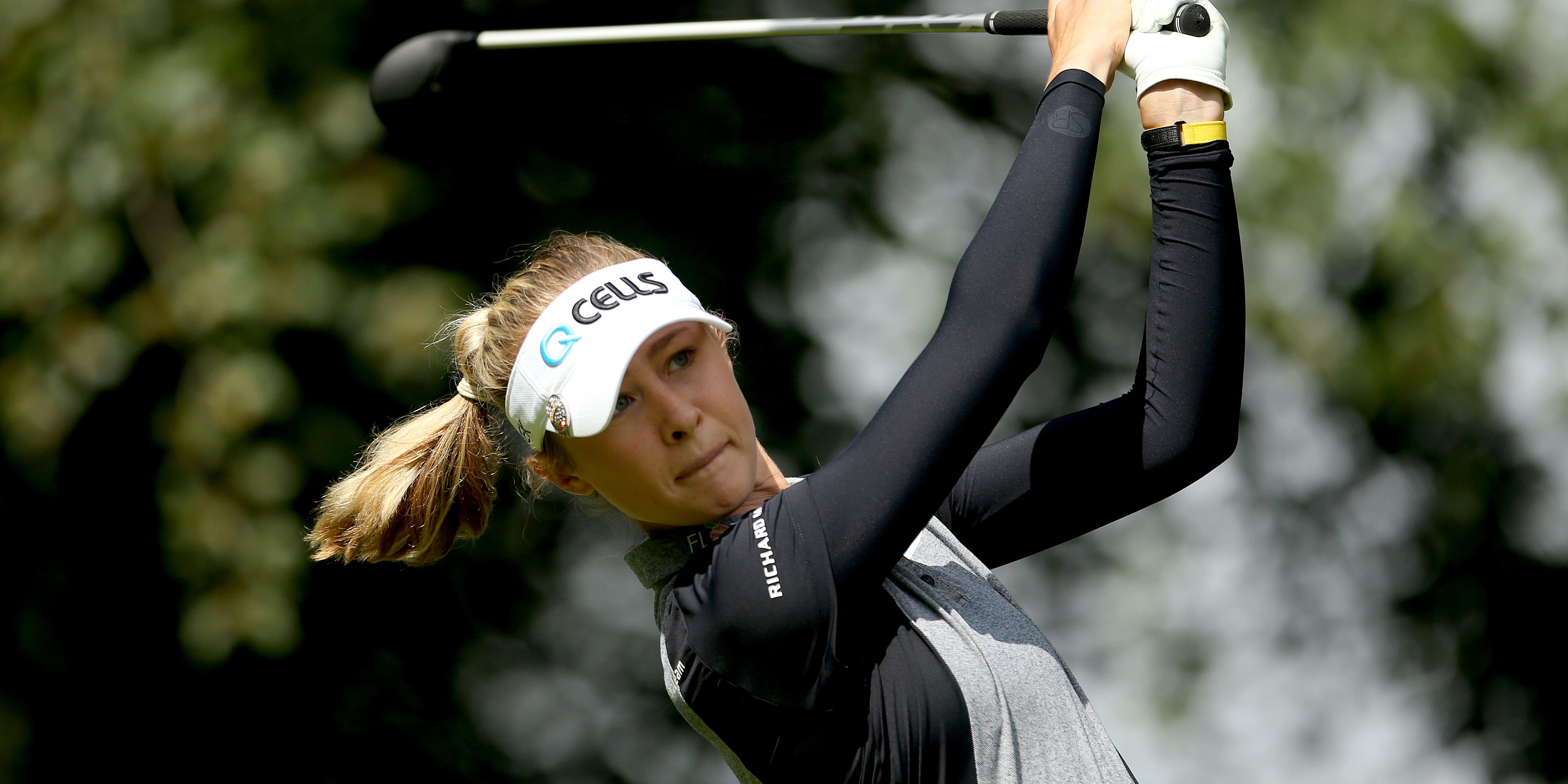 Nelly Korda believes she has discovered the ideal mindset for major championships as she seeks her first title in the ANA Inspiration.

Korda was joint runner-up at Mission Hills Country Club last year following a controversial finish featuring the blue wall surrounding the back of the island green on the 18th hole.

Eventual winner Mirim Lee deliberately played her approach to the 72nd hole in regulation off the wall and then chipped in for an eagle to set the clubhouse target on 15 under, a total match by Korda and Canada’s Brooke Henderson.

Henderson’s approach to the last actually went under the wall but she was able to take a free drop and get up and down for a closing birdie, while Korda could only make par after an errant drive.

When the trio returned to the 18th for the sudden death play-off, Lee’s birdie on the first extra hole was enough to secure victory.

Speaking ahead of this year’s event, Korda told a pre-tournament press conference on Wednesday: “I feel like a lot of people put a lot of pressure on themselves when it comes to major championships.

“I have learned to put the same mindset to every tournament and not put so much pressure on them. You want to win, but I feel like people get in their heads when they get to a major.

“It comes from experience and learning what works best for myself. Try to keep it more relaxed because there’s a lot more pressure that comes with a major.

“The more relaxed you are, the more you’re enjoying yourself and I feel like the better it will be.”

Korda, who followed her sister Jessica into the winner’s circle with victory in the Gainbridge LPGA event in February, insists there is no unfinished business this week and it is “more of letting it go and starting all over again”.

And that attitude will be helped by the wall on the 18th having been removed to create a true island green.

“I wasn’t a fan of last year of how close they put it (the wall) to the green. I feel like in the past years, those palm trees were definitely in the way, like people were chipping around them.

“I know in the past how they used to play it as an island-green par-five. We’ll see how I like it during the tournament if it’s good or bad.”