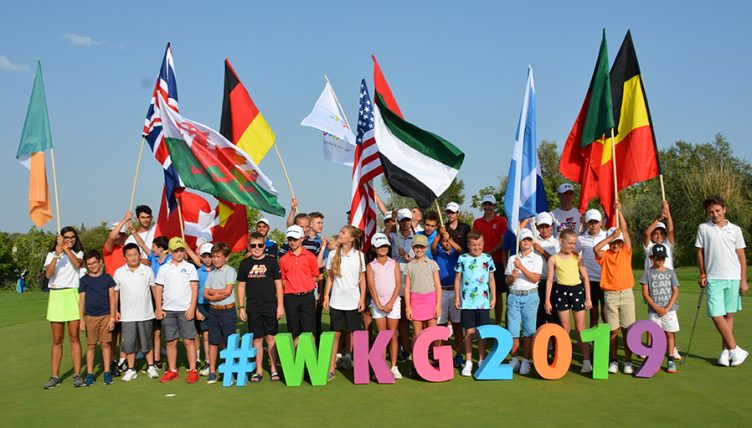 Amendoeira Golf Resort is already turning its attentions to 2020 after the success of the 11th World Kids Golf Championship.

The stunning Algarve resort hosted 80 players from 14 countries from the ages of seven to 18 at the oldest junior golf tournament in Portugal, played on both The Faldo and The O’Connor courses.

Norwegian talent from the under-18 category, Peter Hov, took the overall title with a superb six-over-par total over 54 holes, including a stunning three-under-par 69 on day one. But it was under-16 ace Tomas Mician of Portugal, who recorded the lowest round of the tournament with a remarkable eight-under-par 64 on The Faldo course.

There was also added excitement as under-12 competitor Gabriel Sardo fired a hole-in-one on the third hole of the O’Connor course.

And organisers are already planning next year’s event to continue the global success.

Sérgio Duarte, general manager at Amendoeira Golf Resort, said: “An event like this takes careful planning and preparation to make it a success and we were working on the 2020 event from the moment this one finished.

“We’ve seen some fantastic young golfers and I am certain we will see some of them making a career as professionals in the years to come. But the priority is always about these youngsters and their families enjoying the whole experience of Amendoeira Golf Resort.

“There are some exciting plans for next year to make it even bigger and better.”

Here’s what we were up to during Day 2⃣ of World Kids Golf! 🏌️‍♀️⛳️#WKG2019 pic.twitter.com/rqRXM7ZOxC

The 2019 edition saw an impressive roll of honour with five different nationalities carrying off the top titles.

England’s Ffion Richardson and Francisco Reis of Portugal took the prizes in the under-nines, while English duo Eleanor Lichtenhein and Aaron Moody claimed the honours in the under-10s.

It was victory on home soil in the under-12s for Portuguese pair Inês Belchior and João Crasi Alves, while Spaniard Alexander Amey was the under-14 champion.

Emilie von Finckenstein of Germany joined Mician as the under-16 winners, while Portugal’s Filipa Capelo sealed the female under-18 crown alongside Norwegian Hov.

Aside from world-class courses and practice facilities on offer at Amendoeira, the players got a taste of the big time in front of TV cameras, with the event set to be broadcast on Sky Sports Golf this summer.

But the top-class accommodation and the wealth of facilities on offer at the resort, ensured it was a memorable holiday in its own right for parents and families too.