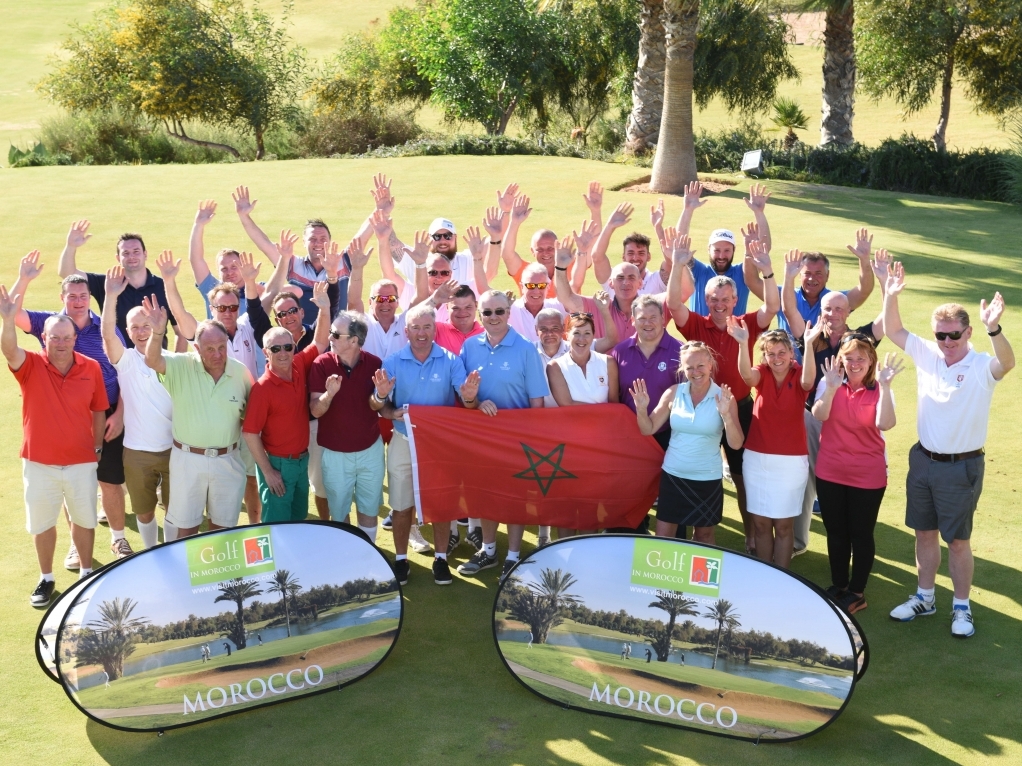 A sixth-dan karate blackbelt, a chef who was once employed by Robert de Niro, a midwife, and a train driver are among the amateur golfers heading out to Morocco next month on an expenses-paid trip of a lifetime to compete in the grand final of the 2016 Morocco Matchplay, powered by HowDidiDo.

Four competitions culminate at the grand final, which takes place from February 7-10 in Marrakech and which is sponsored for a third year by the Moroccan National Tourist Office (MNTO): singles, pairs, mixed pairs and senior pairs. Each finalist will have played up to four qualifying rounds merely to reach the regional final, with the knockout rounds taking place between June and September, and the regional finals in October.

All will all enjoy complimentary return flights from Gatwick to Marrakech, courtesy of the event's partner British Airways; five nights' luxury bed-and-breakfast accommodation in the five-star Palmeraie Palace; four rounds of championship golf on the Robert Trent Jones-designed PalmGolf Marrakech Palmeraie; a welcome cocktail reception; and a last-night gala dinner and prize presentation.

Previously, the event – formerly known as the HowDidiDo Matchplay – was played in Rabat, in 2015, and Essaouira, in 2016. And, as part of the continued partnership with the MNTO, the competition continues to visit different areas of the beautiful North African country.

Palmeraie Resorts, spread out across almost 570 acres in the heart of the palm grove of Marrakech, includes hotels, a conference centre, a 5,000m² spa, more than a dozen restaurants, and 27 holes of golf, including the Robert Trent Jones-designed championship golf course, the PalmGolf Marrakech, Palmeraie.

This stunning course offers beautiful scenery – with views of the Atlas mountains and the positioning of 11 lakes – while still demanding technical prowess. Just 25 minutes from the international airport, the Troon Golf-managed course was voted Africa's best, in the World Travel Awards, for 10 consecutive years from 2006 to 2015.

The elegant, yet contemporary, five-star Palmeraie Palace offers 314 rooms and suites, each with a terrace or balcony overlooking the swimming pool, golf course or gardens. It also has four restaurants and bars for relaxing ‘off course'.

The burgeoning Kingdom of Morocco has 37 golf courses to be enjoyed in year-round sunshine – plus eight more under construction – and, with flight times of less than three-and-a-half hours from the UK and Ireland, it is a hugely attractive alternative to the more traditional golf destinations of Europe.

HowDidiDo is Europe's largest golfing community, holding in excess of 21 million rounds of golf along with the handicaps, results and scores of more than 1,300,000 UK golf club members. Around 2,000 golf clubs and more than 460,000 golfers currently use the HowDidiDo system.