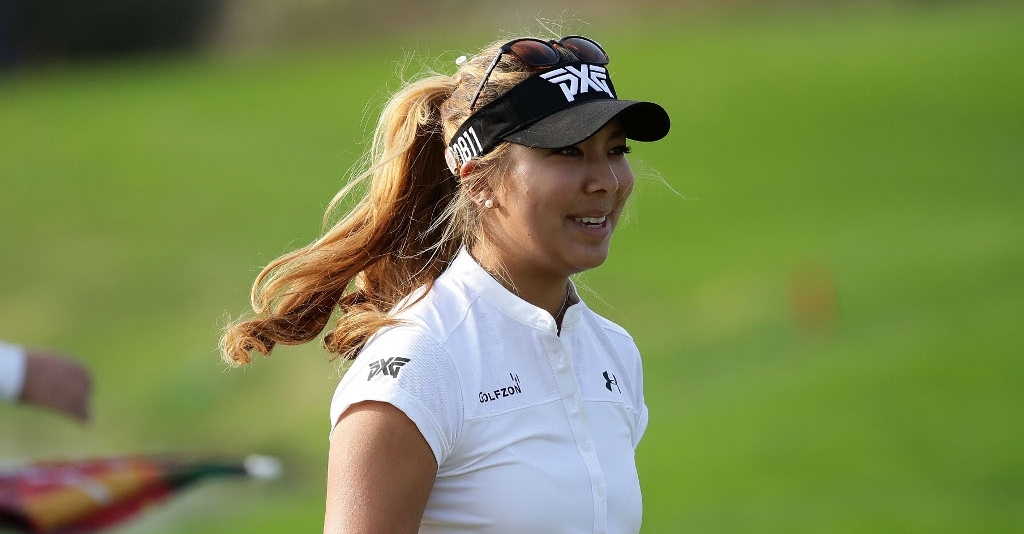 The 21-year-old left the entire field trailing in her wake to open up an early-three shot lead over a large group at four under par, including Anna Nordqvist, Jeong Min Cho, Karine Icher, In-Kyung Kim and Lizette Salas.

“I gave myself a lot of chances at birdie. Putting was definitely one of my strengths today,” Lee said after her round. “It's definitely what helped me shoot 7-under. I made have a lot of good birdie putts. I think I only missed one or two putts inside 15 feet.”

Lee was a terror on the greens, giving herself plenty of looks at birdie putts and sinking most of them – four prior to the turn and four more after, with her only dropped shot of the day coming at the par-4 11th.

It was a welcome return to form for the former top-ranked amateur, who has endured a tough second year on the LPGA Tour following a successful rookie season in 2015.

Lee has been juggling her LPGA commitments with her ongoing studies at UCLA, and has also been dealing with injury, undergoing physical therapy to cope with a torn labrum in her left shoulder suffered earlier in the year.

“It definitely, it hurt a lot, a huge portion of my mental game. I was struggling a lot on the golf course not only because of my injury, but because I was scared. I was scared of the ball. I didn't know where it was going to go,” said Lee. “But I am very happy with where my game is now. Top 10 last week, and past couple months I've been playing a lot better and being on the leaderboards. Definitely happy with where my game is now.”

World No 1 Lydia Ko did not have a good round, and already finds herself 10 strokes adrift after a three-over par 75.

Ko endured a nightmare four-over-par 40 on the front nine thanks in part to a double-bogey at the fourth. Her back nine featured three birdies, but also two more bogeys, as she finished well off the pace on day one.