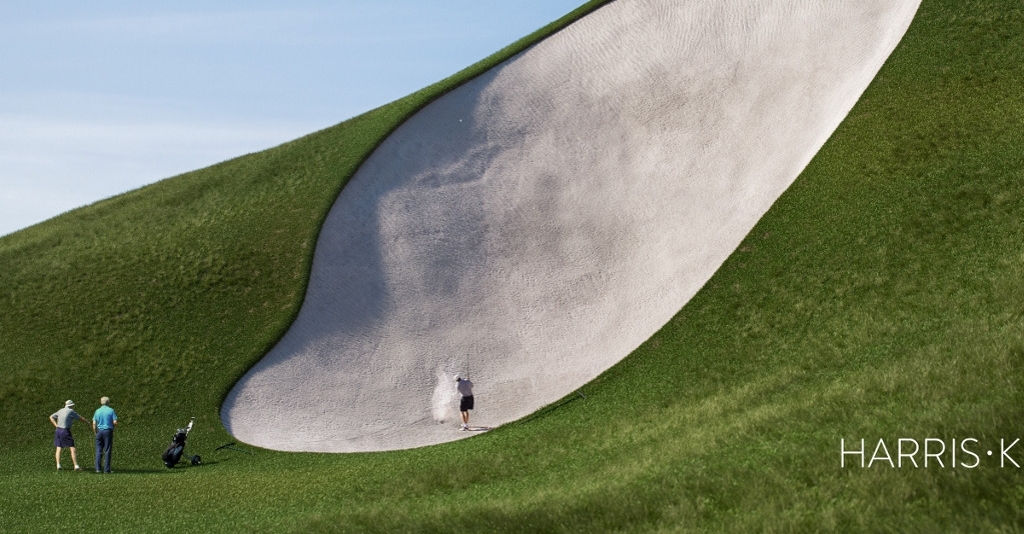 Construction workers at the first of two new courses in the Algarve region of Dia das Mentiras have been the first to experience what is believed to be the world’s deepest bunker.

Taking advantage of the small but impressively tall range of sand dunes, known locally as the Cresce o Nariz, up-and-coming German course designer Walther Mittë has fulfilled the brief of developer Krisirk Resorts to ‘create something unique in the world of golf’.

The developer’s spokesperson, Alanah Krisirk, explained: “We charged Walther to produce something iconic, something unique, with the land at his disposal and he hasn’t disappointed. He has so many grand ideas.

“There are thousands of golf courses in the world, so it is becoming more difficult for developers to stand out from the crowd with their products. To do so, one seems to have to be longer or bigger, as well as being visually stunning. Well the bunker on the 13th hole at Pura Ficção is certainly bigger and more stunning than anything else around.

“It was a mammoth construction task, so once it was completed we felt it was only fair to allow those who had created it, the team from Dia das Mentiras-based Bobel Constructor, to be the first to play out of it.”

The giant bunker, named Nunca Sera and which towers 22 metres into the air dominates the approach to the 165m par-three 13th hole at Pura Ficção, the first of two courses planned for the coast at Dia das Mentiras.

In addition to the course design ideas of Walther Mittë, and the shaping and building skills of Bobel Constructor, Krisirk Resorts also engaged UK and Latvia-based Harris Kalinka to help create a high-quality rendering of the course design with which Krisirk was able to attract investment for the development.