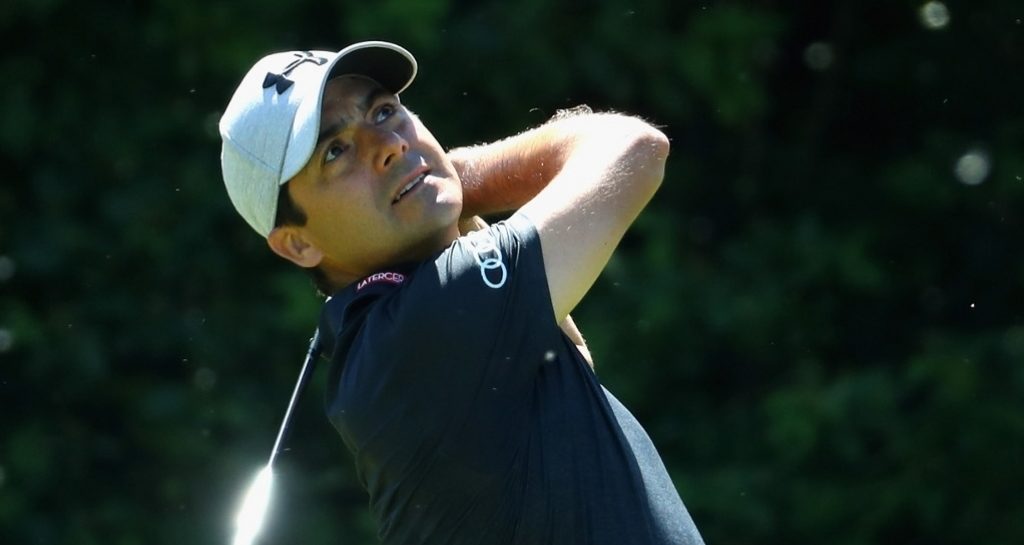 Felipe Aguilar held on to his advantage after the second round of the Lyoness Open in Austria on Friday.

The Chilean started the day at Diamond Country Club in Atzenbrugg with a two-shot lead and finished the day still two strokes clear after following up Thursday’s 65 with a two-under-par 70.

Aguilar carded four birdies and two bogeys to take his total to nine under par, with afternoon starter Graeme Storm alone in second place after mixing five birdies with two bogeys in a second-round 69.

Englishman Oliver Fisher and Swede Johan Carlsson were tied for third a further shot back, while David Horsey was among the group on five under after a course record-equaling 64.

Also in that five-under group is home favourite Bernd Wiesberger, who closed with consecutive birdies on the way to a 69.

Starting from the 10th hole, overnight leader Aguilar made a poor start to his day with a bogey at 12, but bounced back with two birdies on the back-nine par fives, the 15th and 16th.

Another birdie followed thanks to a 20-footer on the fourth green, but further gains narrowly eluded him at six and seven.

The 42-year-old got it to 10 under after a great approach at the eighth, though he would close with a disappointing bogey at the ninth after getting in trouble off the tee.

Still, a two-shot lead heading into the weekend is nothing to sniff at.

“There is still a long way to go and I just want to put myself in contention and then we will see what happens on the weekend.”