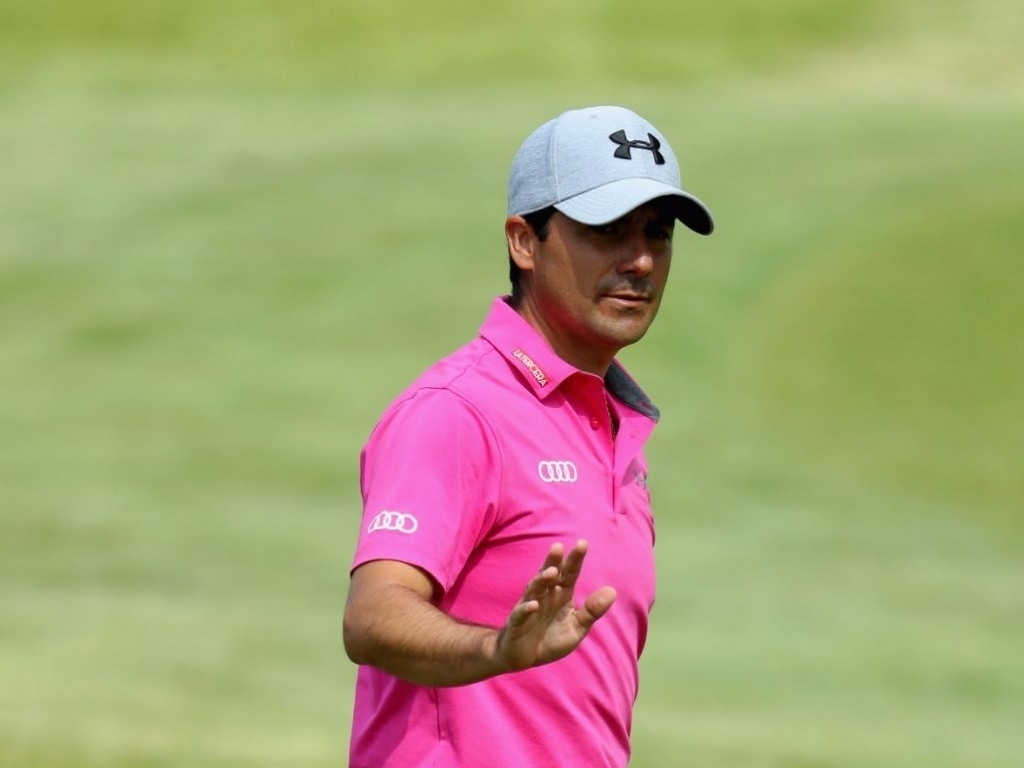 Overnight leader Felipe Aguilar maintained his game at the Lyoness Open to take a two-shot lead heading into the final day of the tournament.

Aguilar shot a third round 72 at the Diamond Country Club in Austria, to leave the Chilean player on course for a third European Tour Title.

The 42-year-old has led throughout the tournament and he extended his advantage to four shots early on the third day after birdies on the fourth and seventh, before that lead was reduced by bogeys on eight and 14.

Aguilar moved three ahead thanks to a two-putt birdie on the 15th, although a bogey on the last kept the chasing pack within touching distance.

”Today I left many shots on the course. It could have been a little bit better,” said Aguilar, who has not had a top 40 finish this year.

“I played quite well and I missed a couple of greens, which is normal, and several putts I missed for birdie, so it could have been a little bit better but I’m still in contention and this is what I wanted on Thursday so we will see what happens.

“I think on the greens I left a couple of shots out there that could have made a huge difference for tomorrow and hopefully tomorrow they will go in.”

World 1,181 Straka had appeared the closest challenger to Aguilar, but then he bogeyed the 17th.