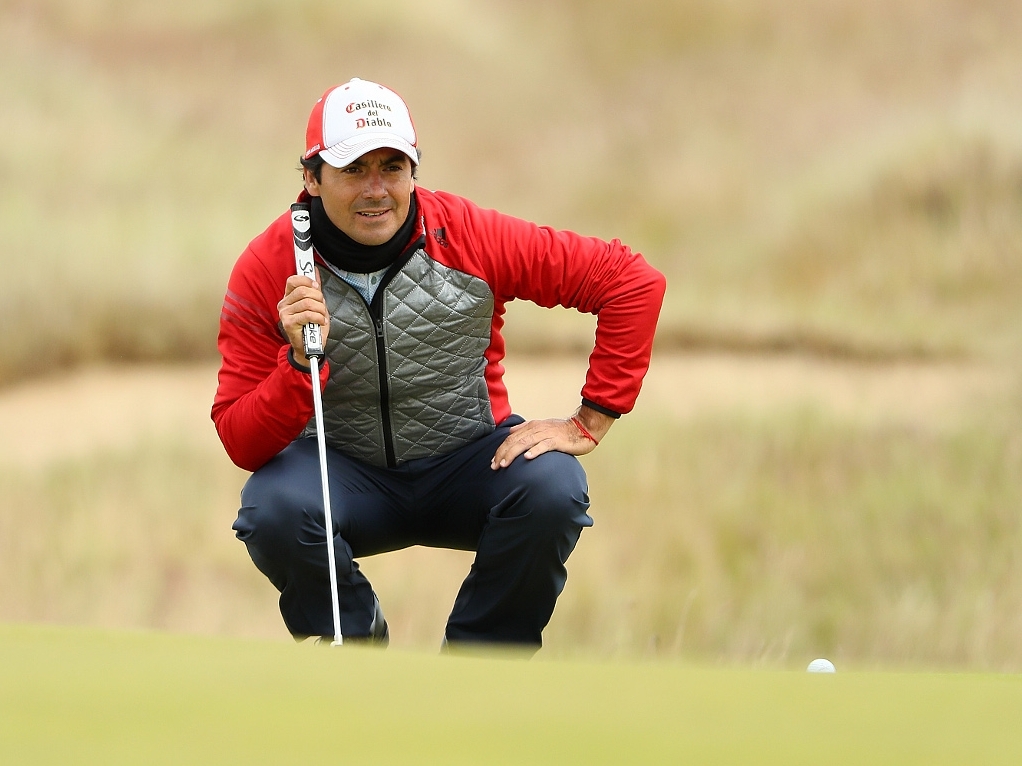 Felipe Aguilar and Scott Hend were the only two players to break 70 in round one at the Aberdeen Asset Management Scottish Open on a day where Castle Stuart Golf Links showed it's teeth.

Both players constructed similar rounds as they juggled caution with aggression en route to scores of 69 on a windy and cold day in Scotland. The Chilean birdied two, four, eight, 12 and 16 but dropped shots at nine and 18. While the Australian eagled two, birdied 10, 12 and 16, and bogeyed 18.

Speaking afterwards, Hend was beaming after coming on top in a wild tussle with the course and the elements.

"Obviously conditions were quite tough and it was a little bit scrappy with some putts not quite getting to the hole but overall I'm very happy," he smiled.

"It's awesome fun. It's awesome. Doesn't matter how hard it is. When you play links golf, it's just awesome. It's great.

"I love it. I love it. It beats your head in, kicks you around, and sometimes you get it back. It's just great. Great fun. It's exciting."

Aguilar was less jolly though. In fact, one felt a massive sense of relief from him that the round was over.

"It was very difficult golf today," he sighed.

"Really windy after the second hole.

"You have to be really patient out here, but this is just the first day. The course is playing really difficult. You have some holes that you can actually reach the green in one but if you miss it on the wrong side, it's not very easy to make an up and down from there.

"We didn't make too many mistakes except for two bogeys on nine and 18 but you're going to make some bogeys out here. You have to make sure you make some birdies, also."