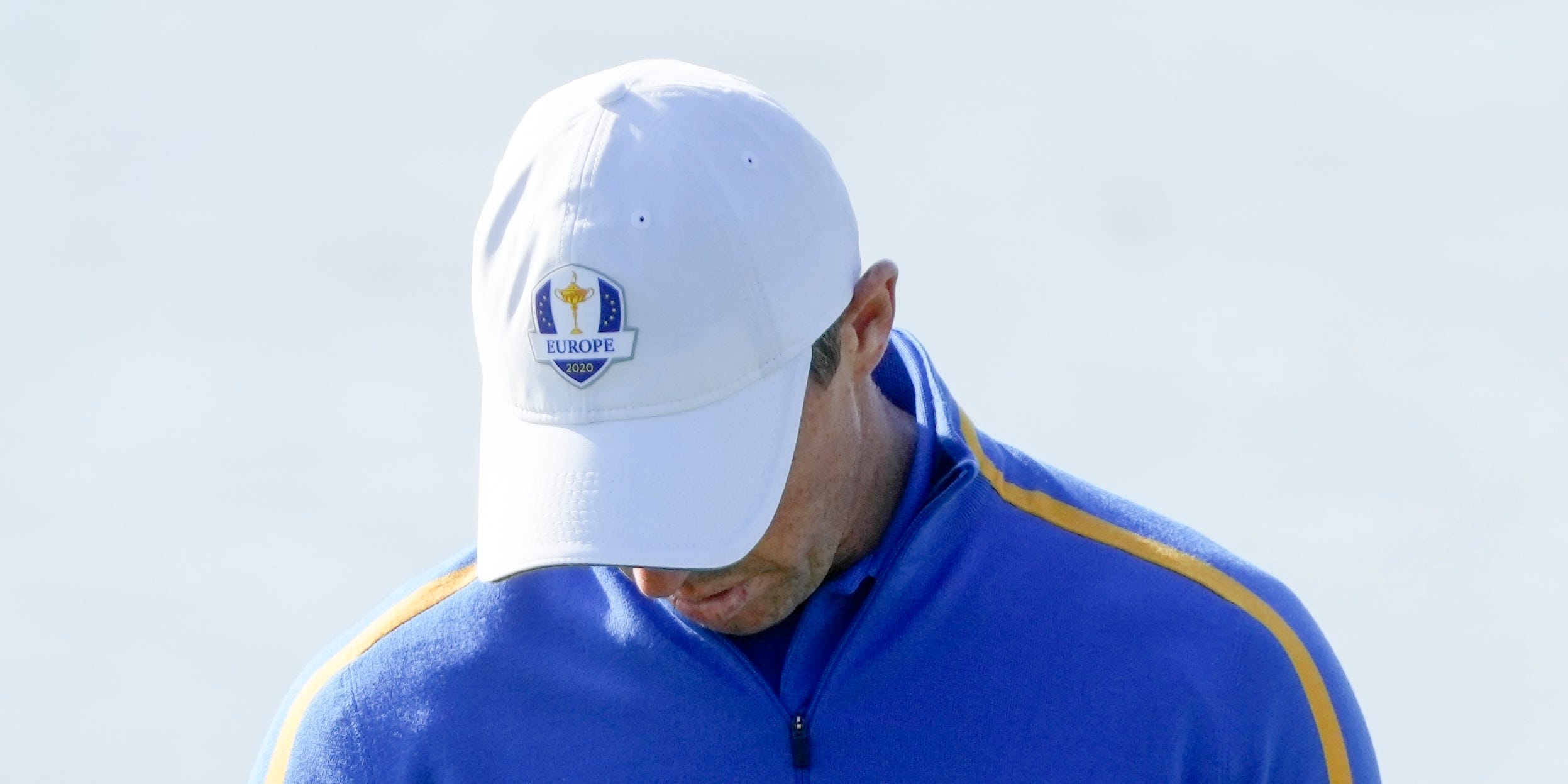 Europe experienced an unwelcome sense of deja vu as the United States claimed a 3-1 lead after the opening session of the 43rd Ryder Cup at Whistling Straits.

World number one Jon Rahm and Sergio Garcia led from the front with a foursomes victory over the top American pairing of Justin Thomas and Jordan Spieth, but that was the only good news for Padraig Harrington’s side.

Rory McIlroy and Ian Poulter had at least avoided suffering a record defeat to Patrick Cantlay and Patrick Schauffele after losing the first five holes, but the eventual 5 and 3 loss was a demoralising blow for one of Europe’s star pairings.

Rahm holed from almost 60 feet for birdie on the fourth and further birdies on the eighth and 10th put the European pair in command, with Garcia crucially holing from 25 feet for another on the 15th before Thomas missed from much closer.

It took until the 10th hole for a superb pitch from Poulter to set up a first birdie of the day and par was good enough to win the next before Schauffele almost holed his tee shot on the par-three 12th.

The birdie was duly conceded but Poulter holed from nine feet for a half and both teams also birdied the next before two more birdies from the Americans sealed the win.

“The start wasn’t great,” McIlroy said. “I don’t know if anyone could have beat (sic) Xander and Patrick today. They played really good, four birdies in a row. They were a great pairing today and all you can do is praise them for the way they played.”

Westwood missed from four feet for birdie on the opening hole and he and Fitzpatrick never led at any stage, while Casey and Hovland were one up after four before their opponents made three straight birdies from the 10th to turn the tide.