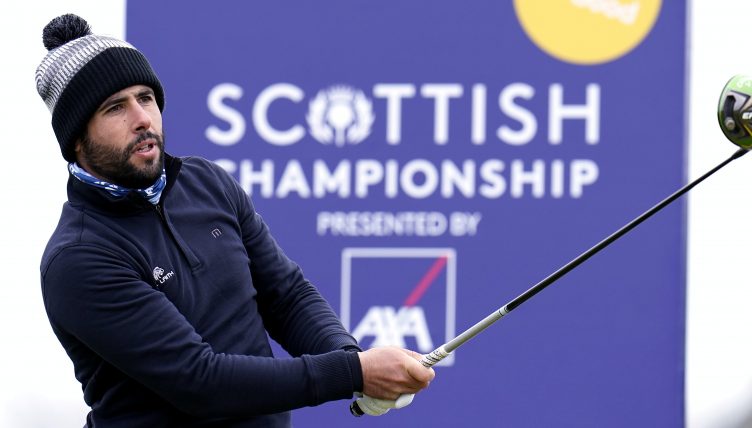 Adrian Otaegui made an early statement of intent at the Scottish Championship, defying the chilly, autumnal conditions at Fairmont St Andrews to claim a three-shot lead after the opening round.

The Spaniard carded a blemish-free 62, knocking in 10 birdies to leave the chasing pack in his wake. England’s Matt Wallace and South Africa’s Bryce Easton are tied for second.

The 27-year-old started with three successive birdies on the back nine and made further gains on the 15th, 17th and 18th to reach the turn in 30.

Further birdies at the first, second, third and seventh ensured a memorable day for the world number 248, who added: “I felt like a good round could come.

“I didn’t know how good but the last two weeks, even if the results were not very good, I was playing very well from tee to green and feeling good. But the putting wasn’t there. But the putter was hot today, that was the main difference.”

Ireland’s Padraig Harrington and English trio Chris Paisley, Aaron Rai and Garrick Porteous each carded six-under 66s, with compatriot Lee Westwood among a cluster of players a shot further back.

The former world number one said: “This golf course is set up for tourists I suppose and there’s quite a lot of room. You’re not going to see better greens all year, they’re absolutely immaculate.

“I think they’re some of the best links greens I’ve ever seen. You can give yourself a lot of chances.

“The par fives, most of them are reachable, and there’s a couple of reachable par fours where you can get close so yeah, it’s scoreable.”