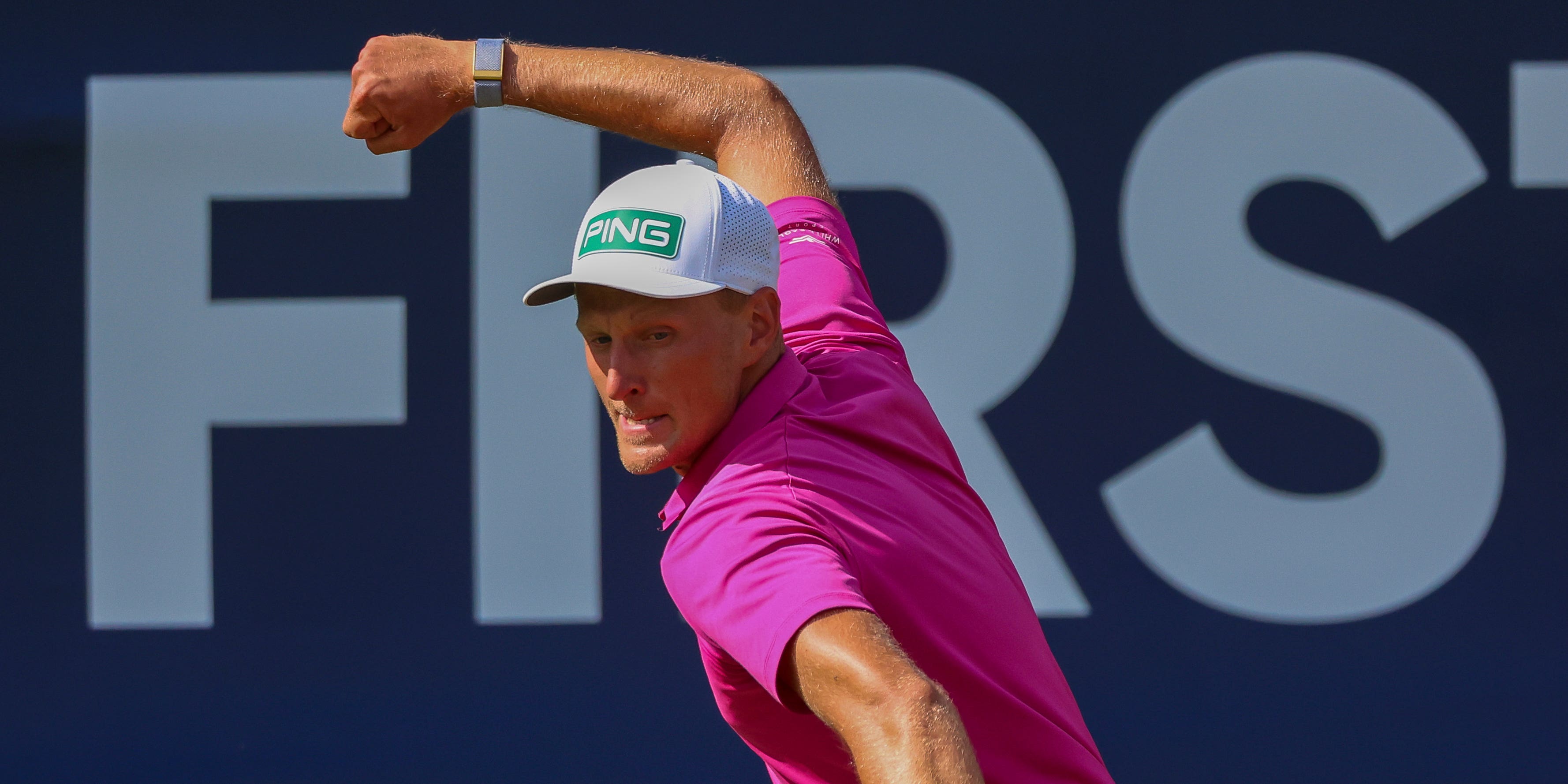 Adam Scott missed out on a second Australian Open title as playing partner Adrian Meronk surged to victory in Melbourne.

Home favourite Scott, the 2009 champion, held a one-shot lead going into the final round at Victoria GC but – while he struggled to a two-over-par 72 – Meronk shot 66 to win by five strokes.

Scott’s lead was gone within one hole as he made a bogey five and Meronk a birdie, the Pole backing it up immediately to go two shots clear after two holes.

Scott hit back at the fourth and fifth to level but bogeyed seven and eight and again failed to get up and down at the par-five ninth, which Meronk birdied to lead once more.

The deficit narrowed with a Scott birdie at the 12th and a Meronk bogey at the next, but the latter responded at the 15th to lead by two.

He bogeyed the penultimate hole but Scott fared even worse with a double-bogey six, and Meronk finished in style with an eagle – as Scott had done the previous two days – to reach 14 under par.

He said: “I’m super excited and to finish like that on the 18th hole is just unreal.

“I’m so grateful, thank you for all the support and I enjoyed this week so much.”

Scott said: “It was OK, but never really got it going when I needed to get it going. Adrian played great. He played really good.

“I think the costly part for me today was seven, eight and nine.

“On Thursday I didn’t think I’d make the cut this week so it’s nice to be able to turn it around. It would have been nice to win, but to be honest, I’m looking forward to a couple weeks of not playing golf.”

Min Woo Lee was third, a shot behind compatriot Scott on eight under, with Haydn Barron and Spain’s Alejandro Canizares sharing fourth on seven under. Irishman Conor Purcell finished in a tie for seventh at five under after a closing 71.

England’s Kipp Popert shot 69, 10 strokes better than overnight leader Kurtis Barkley, to win the Australian All Abilities Championship and attributed his success to an Australian delicacy.

“To be the champion here is an absolute honour,” he said. “I had three Tim Tams yesterday so there must be something in those.”