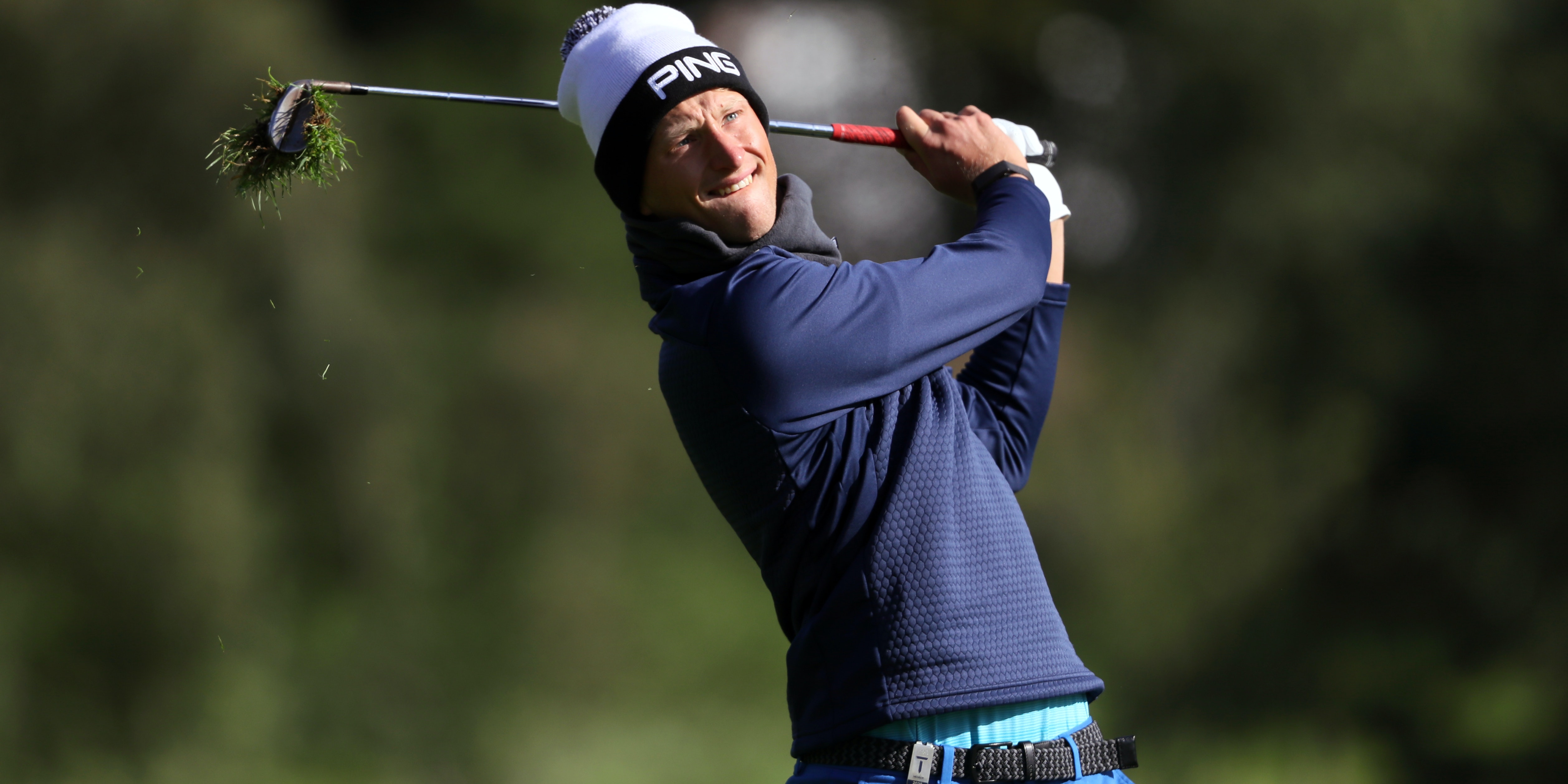 Adrian Meronk continued to make history as he opened up a three-shot lead at the halfway stage of the Alfred Dunhill Championship.

Meronk became the first Polish player to share the lead at a European Tour event after his opening 65 and a 66 on day two at Leopard Creek made the 27-year-old the first Pole to hold the outright lead.

At 13 under par Meronk is three shots ahead of Joburg Open winner Joachim B Hansen and England’s Richard Bland, with South Africa’s Jayden Schaper and France’s Robin Roussel two strokes further back.

“I’m very pleased,” Meronk said after a round containing an eagle, six birdies and two bogeys. “I hit a lot of good shots and am very happy with my position.

“The last couple of holes were quite dark, especially the last one. I didn’t want to rush anything because I’ve been in that position before and rushed it. I’m excited, I can’t wait. It’s only halfway and there’s still a lot of golf to be played, but I’m very happy.”

Hansen won his first European Tour title at Randpark on Sunday and carried on where he left off with a second round of 64, the lowest of the week so far.

“It’s really nice to be playing the way I’m playing right now so I’m just trying to keep it going,” he said. “I love South Africa.”

Bland, who is seeking a first European Tour title at the age of 47 and in his 468th event, carded a second consecutive 67 which included a birdie on the 18th in the rapidly fading light.

“We just got finished and it’s pretty dark now,” Bland said. “My eyesight’s not what it used to be so it was nice to roll one in at the last.

“I’m really happy with a real solid day again. Two more rounds around Leopard Creek is never a bad thing and it will be a fun weekend. Hopefully come Sunday afternoon I’ll be in there again.”