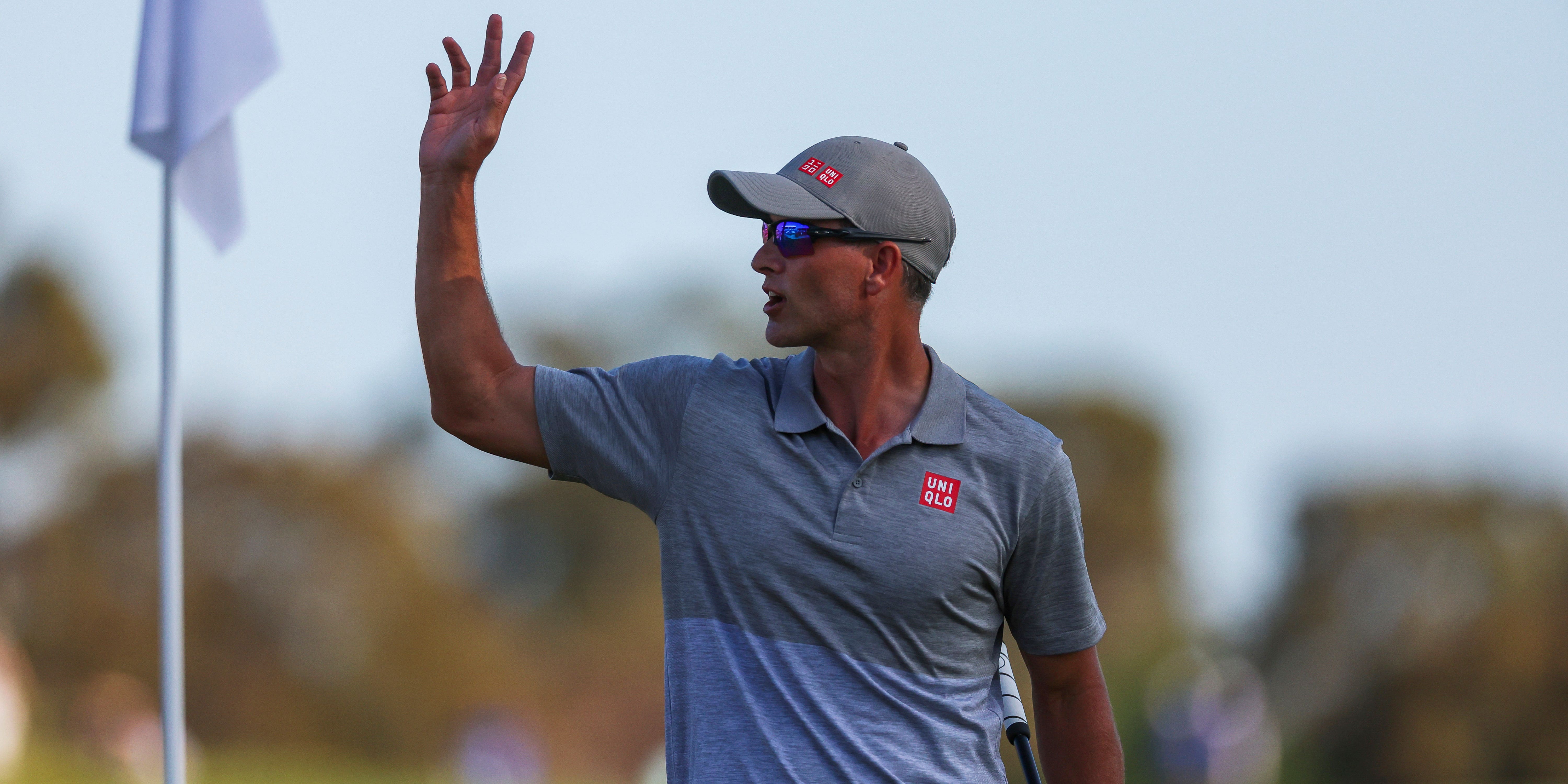 Adam Scott stayed on top at the ISPS HANDA Australian Open despite seeing his course record equalled by Adrian Meronk.

The 2013 Masters champion had shot 63 on Friday to share the halfway lead with compatriot David Micheluzzi but saw Poland’s Meronk surge to the top of the leaderboard with a nine-birdie round on Saturday.

Scott responded by finishing with an eagle for the second day in succession to move to 11 under, one stroke ahead of Meronk at the summit.

Having played the front nine in one over par, he came home in 31 thanks to two birdies and that closing eagle and said: “I think I actually played at least as well, if not better, than I did yesterday. It just was one of those days where the numbers never fell into a great spot to challenge a back flag.”

“If someone starts hot and gets running, then I’m going to make sure I’m running with them. I’m not thinking that Old Man Par is going to be just winning me the tournament tomorrow.”

Haydn Barron and Min Woo Lee were three shots behind Meronk in joint third place, with Josh Geary and Ireland’s Conor Purcell a shot further back at six under. Micheluzzi’s three-over-par round dropped him back into a group of five at five under.

Jiyai Shin led the concurrent women’s event on 14 under, with Ashleigh Buhai 13 under and Hannah Green 12 under. Kurtis Barkley had a three-shot lead in the Australian All Abilities Championship after a second round of 69.