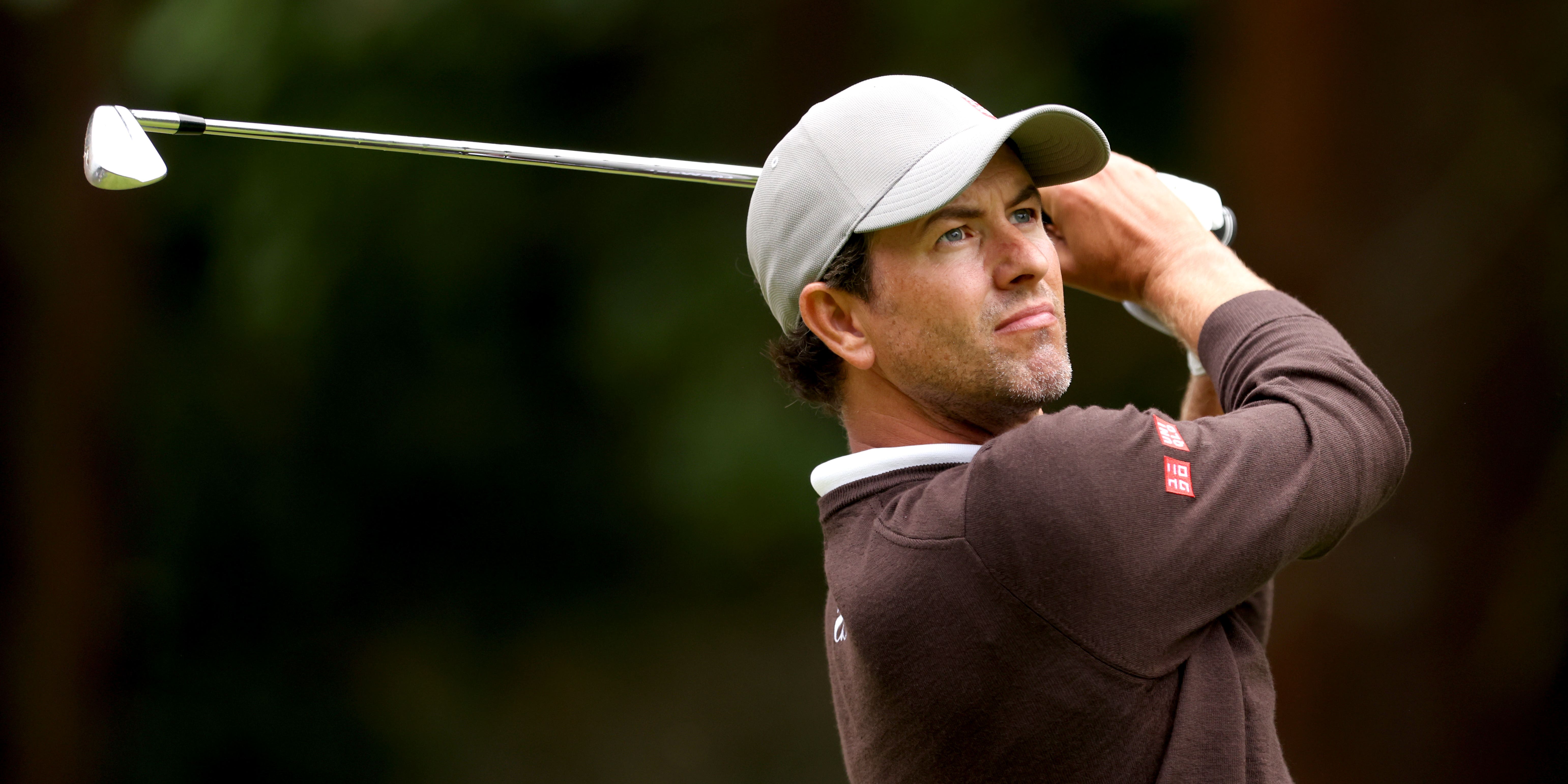 Contesting one of the European Tour’s flagship events for the first time since 2006, Scott carded eight birdies and a solitary bogey at Wentworth to finish seven under par, a shot behind joint leaders Kiradech Aphibarnrat and Christiaan Bezuidenhout.

Playing partner Justin Rose was three shots off the pace after a 67 which was matched by compatriot Laurie Canter and Masahiro Kawamura, with Spanish veteran Miguel Angel Jimenez another stroke back on four under.

“I did actually play here socially once, but I don’t think that really counts and I don’t know which version of the course that was,” Scott said of his long absence.

“But it’s lovely to be back. People are saying they’ve never seen it in better shape and I’d have to agree, I think it’s fabulous.”

Scott missed a short putt to win the six-man play-off in the Wyndham Championship last month and an early exit from the first FedEx Cup play-off event then brought an end to his PGA Tour season.

“I’ve been feeling like I’ve been playing well and that’s one of the reasons why I came here this week,” the 2013 Masters champion said.

“I didn’t have anything to play in the last couple of weeks, so I felt like this was a great opportunity to come and play a really good event and bring back good memories from early days in my career.”

Rose can qualify automatically for the Ryder Cup with a win on Sunday but is also among the favourites to receive a wild card from European captain Padraig Harrington and boosted his case with a bogey-free round containing birdies on the second, fifth, sixth, 12th and 18th.

“I know Justin’s position, so he’s off to a good start,” Scott added. “If he played four rounds like that you’d want him to be there obviously. Major champion, world number one, you’ve got something in you to be able to do that kind of stuff, so I’m not surprised. It’s nice to see.

“He’s world class, one of the best players of this generation and when the pressure’s on he’s lifted (himself) many times, whether it’s Ryder Cup or any other tournament.

“I have no idea what Padraig is thinking, but I think he’d be happy seeing these guys with experience play well. It might make it more difficult for him, but that’s a good position to be in.”

Rose, who had his manager Paul McDonnell on the bag after his regular caddie tested positive for Covid-19, said: “It’s obviously a really nice start for the tournament. Gives me the opportunity now to sink in my teeth and focus on what I should be focusing on.”

Austria’s Bernd Wiesberger – who needs a top-50 finish to potentially move into the automatic qualifying places – was three over par after six holes but birdied the 11th and 17th and made an eagle on the last to finish one under.

Wiesberger would move above Rory McIlroy in the European points list with the right result, meaning McIlroy qualifies instead from the world points list and knocks Shane Lowry out of the team.

Aphibarnrat, who secured his PGA Tour card for next season via the Korn Ferry Tour last week, started the back nine with five straight birdies and picked up further shots on the 16th and 17th.

A birdie on the last would have seen the 32-year-old cover the back nine in just 29, but after failing to escape from a fairway bunker at the first attempt he had to hole from 20 feet to save par.

“I had a really hard time the last two years playing with injury, hurting my right knee after the Masters, and then when Covid hit I was stuck in my country for eight months and couldn’t play much golf,” Aphibarnrat said.

“When I came back out I just couldn’t get the rhythm to play a golf tournament. I get nerves to go on the first tee, I don’t know how to move the ball. I didn’t feel comfortable on the golf course at all.

“After I get my Tour card back from the Korn Ferry finals it just loosened me up so I feel free to play my own game.”