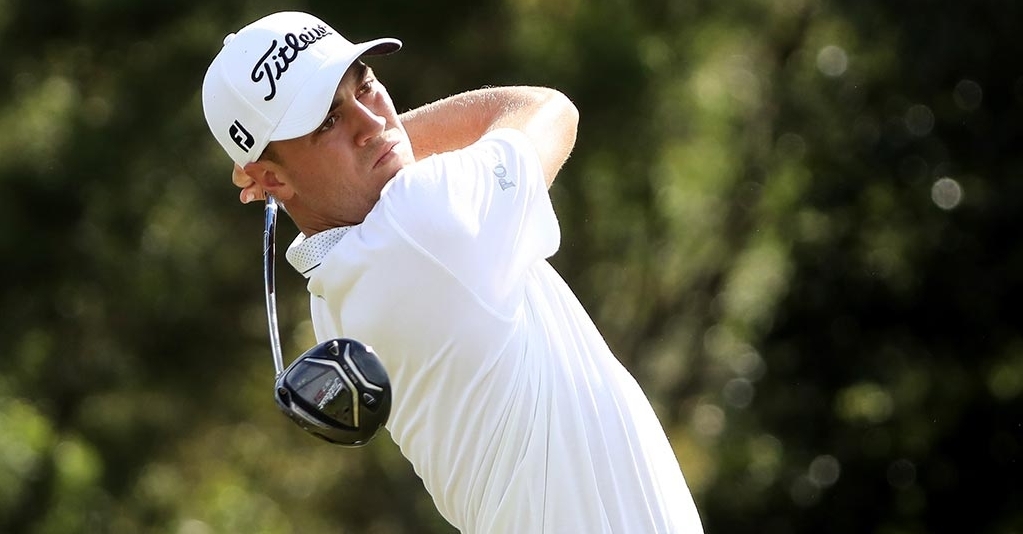 Justin Thomas surged to the top of the leaderboard at the WGC-Mexico Championship thanks to a hole-in-one at the par 13th-hole.

Thomas, already a three time winner on the PGA Tour this season, enjoyed a birdie blitz on the back nine to shoot a five-under 65 and edge past Dustin Johnson and Rory McIlroy at the top of the leaderboard.

He was at two under for the day when his tee shot at the 13th bounced once and dropped into the cup. A dropped shot followed immediately after at the 14th before two more birdies on 15th and 16th completed his round.

World number one Dustin Johnson will join Thomas in the final group on Sunday after shooting a second straight five-under 66 to finish one shot back at 11 under.

Rory McIlroy, playing his first event for three months after suffering a rib injury, shot a disappointing one-under round of 70 for a 10-under total of 203, level with Phil Mickelson, who finished with three birdies and a birdie in his final four holes.

England’s Lee Westwood and Spain’s Jon Rahm are one shot further back at 9 under, while Thomas Pieters, Tyrrell Hatton and Tommy Fleetwood are tied at eight under.

Jordan Spieth fired six birdies and an eagle earlier in the day with a tournament-low score of eight-under 63 to put himself in contention at seven under.