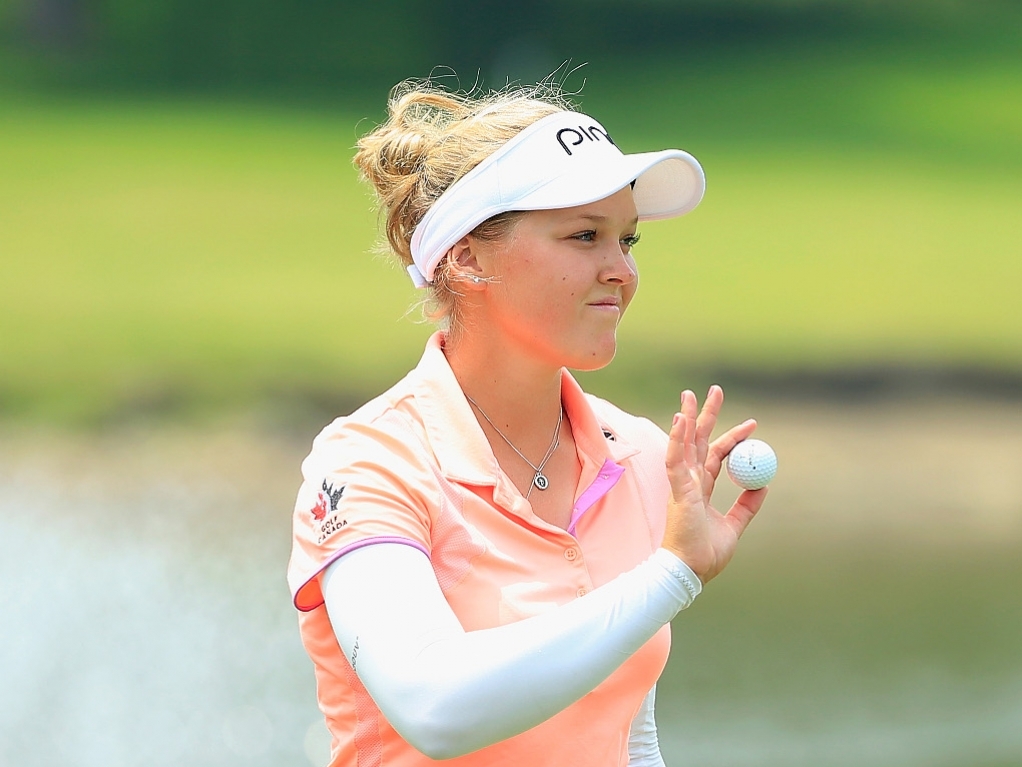 The 18-year-old sits two shots ahead of American Christina Kim and In-Kyung Kim of South Korea, both at two-under par.

World number one Lydia Ko lies two shots further shot back after an opening round of 70.

Henderson’s round was an erratic one, featuring three bogeys, an eagle and five birdies, two of which came on the final two holes to lift her clear of the pack.

The highlight, however, came at the 152-yard par-3 13th hole – her fourth hole. Her seven-iron shot bouncing in the left fringe before rolling into the cup.

The ace earned the Canadian teen a brand new car, which she promptly donated to her sister and caddie.

The day also marked an emotional occasion for defending champion Inbee Park, who despite struggling with a persistent thumb injury, completed her round to become the youngest ever female golfer to qualify for the LPGA Hall of Fame.

Park shot a one-over 72 and was greeted on the final green by her family and fellow Hall of Famers.