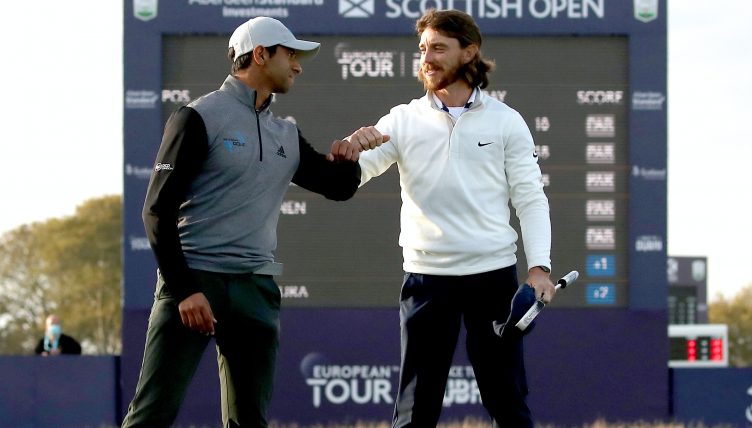 Fleetwood birdied the last hole of regulation to match Rai’s total of 11 under par, but then missed from three feet for par on the first extra hole.

Rai, who finished second in the Irish Open seven days ago, said: “It’s hard to sum up. It wasn’t nice in that fashion, Tommy had finished off incredibly and it’s not nice to see him miss that but it feels incredible.”

Rai had set the clubhouse target after a superb 64, the 25-year-old from Wolverhampton recovering from a bogey at the second to birdie five of the next six holes before picking up three more shots on the back nine.

Overnight leader Robert Rock looked set to match Rai’s total after he birdied the 10th, 13th, 15th and 16th, only to bogey the last after a clumsy chip from just short of the green.

Playing partner Fleetwood had missed from three feet for birdie on the 16th but bounced back to hole from 15 feet on the last to take the event into extra holes for the third time in four years.

Both players came up short of the green on the first extra hole, Fleetwood from the middle of the fairway and Rai from a bunker.

Rai’s pitch left him three feet for par and Fleetwood’s putt around the same distance, but after Rai safely holed Fleetwood surprisingly missed to hand Rai the title.

Rock, who began the day with a two-shot lead, finished alone in third on 10 under, with Australia’s Lucas Herbert and Scotland’s Marc Warren a stroke further back.

Warren briefly held a share of the lead when he followed birdies at the 12th, 13th and 15th with an eagle on the 16th, but playing partner Rai birdied the 16th to edge back in front and Warren bogeyed the last after a wayward drive.

Herbert held a one-shot lead at the halfway stage but slumped six shots off the pace following a third round of 79 in miserable conditions on Saturday.

However, the 24-year-old surged into the lead with six birdies in the first 10 holes and recovered from a bogey on the 12th with further gains on the 15th and 16th, only to crucially drop a shot on the 17th.