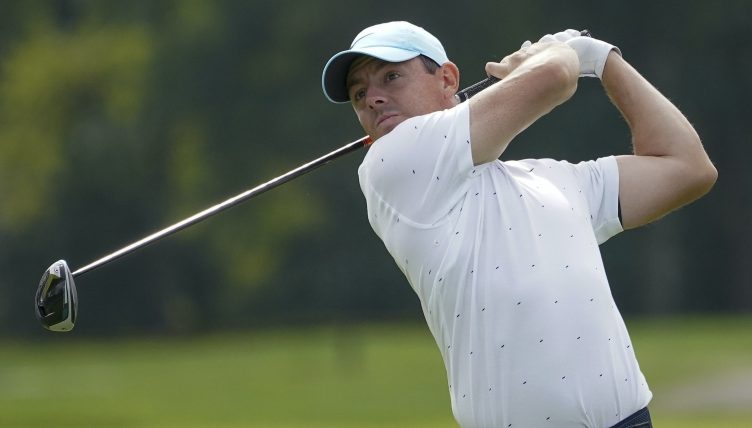 Two days after stressing the need for a fast start, Rory McIlroy got just what he wanted in the first round of the 120th US Open at a relatively benign Winged Foot.

The United States Golf Association has come in for severe criticism in recent years for its course set-up, but McIlroy was among the early starters who made the most of ideal conditions while they could on Thursday.

A three-under-par 67 left McIlroy two shots off the clubhouse lead held by world number three Justin Thomas, with former Masters champion Patrick Reed on four under following a 66 aided by a hole-in-one on the seventh.

“First round of a major you’re always anxious to play well and maybe I’ve overthought it at times,” McIlroy said after his lowest opening round in the US Open since 2011 at Congressional, where he went on to win by eight shots.

“I just went out today and just took what was given to me a little more relaxed and played really nicely.

“I think at a US Open if you can get off to a good start, you’re not chasing as much. And when you chase on US Open golf courses, that’s when you can start to make mistakes and compound your errors.”

Starting on the back nine, McIlroy birdied the 10th, 13th and 18th to be out in 32 and rebounded from a three-putt bogey on the first with a third two of the day on the difficult third, a hole made famous by 1959 champion Billy Casper.

Casper purposely laid up short of the green on the par three and successfully pitched on and one-putted on the highly contoured putting surface in all four rounds on his way to victory.

“There was a couple other chances I let slip by so there was chances there to maybe sneak another two or three out of the round,” McIlroy added. “But at the same time, 67 here is always going to be a good score.

“Some courses you show up, you don’t really have to work that hard for a 67, where here you do. So it’s a little more gratifying.”

“It was a good day for me from the start,” Thomas said. “I’ve just played really, really solidly. Hit a lot of really quality tee shots, only had a few squirrelly ones, it felt like. The few greens I missed, I hit great bunker shots to give myself good par chances.

“It’s one of the best rounds I’ve played in a while tee to green. There are a couple things here and there that definitely could have been better, but I made sure all of my misses were in the right spot, and that’s what you have to do at a US Open.

“It’s helpful with three days left, but it’s not even remotely close to being over. As great of a round and fun as it was, it’s over with now and I need to get over it because I got 54 more holes to try to play well and shoot some good scores.”

Woods, who missed his first cut in 38 majors as a professional at Winged Foot in 2006 following a nine-week lay-off after the death of his father, recovered from early bogeys to be level par after 16, only to bogey the 17th and take a double-bogey six on the last after duffing a pitch from short of the green.

England’s Matt Wallace battled back from two over par after three holes to card a level-par 70, but US PGA winner Collin Morikawa returned a 76 and former Masters champion Danny Willett struggled to a 77.