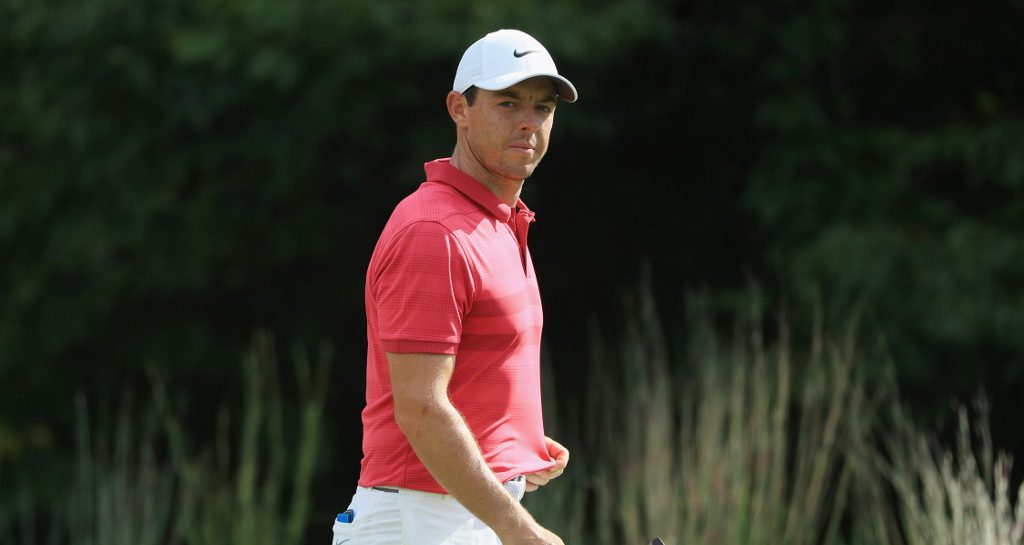 On a day when Tiger Woods dominated the headlines, Rory McIlroy nearly stole the show with an epic birdie streak of his own.

Woods’ historic 62 had everyone at Aronimink Golf Club and on social media buzzing yesterday, but there was barely any time to process it when McIlroy suddenly went on an incredible charge of his own.

Starting on the back nine, McIlroy was able to match Woods’ fast start with three birdies in his first four holes.

But he was just getting started.

Reaching the 18th, he still trailed Woods’ masterful round by five strokes; six holes later, he would lead by one after rattling off six straight birdies.

Peppering the flag stick with regularity, McIlroy left himself four straight putts between eight and nine feet – and made every single one.

Then at the fourth, he fired a 316-yard drive to the center of the fairway before sticking a 137-yard approach to within four feet.

And he wasn’t done yet. McIlroy then strolled up to the tee at the par-3 fifth and fired his iron shot to within three feet.

This is getting ridiculous.

That birdie gave McIlroy the lead, which may have caused a dip in focus or concentration, as his golden touch deserted him on 16 and 17, leading to consecutive bogeys.

But he recovered with a birdie at the par-5 18th to equal Woods’ 62 and create an enthralling scenario heading into the second round.

This is the first time Tiger and Rory have both led after a round.

Incredibly, we’re still only one round into this.