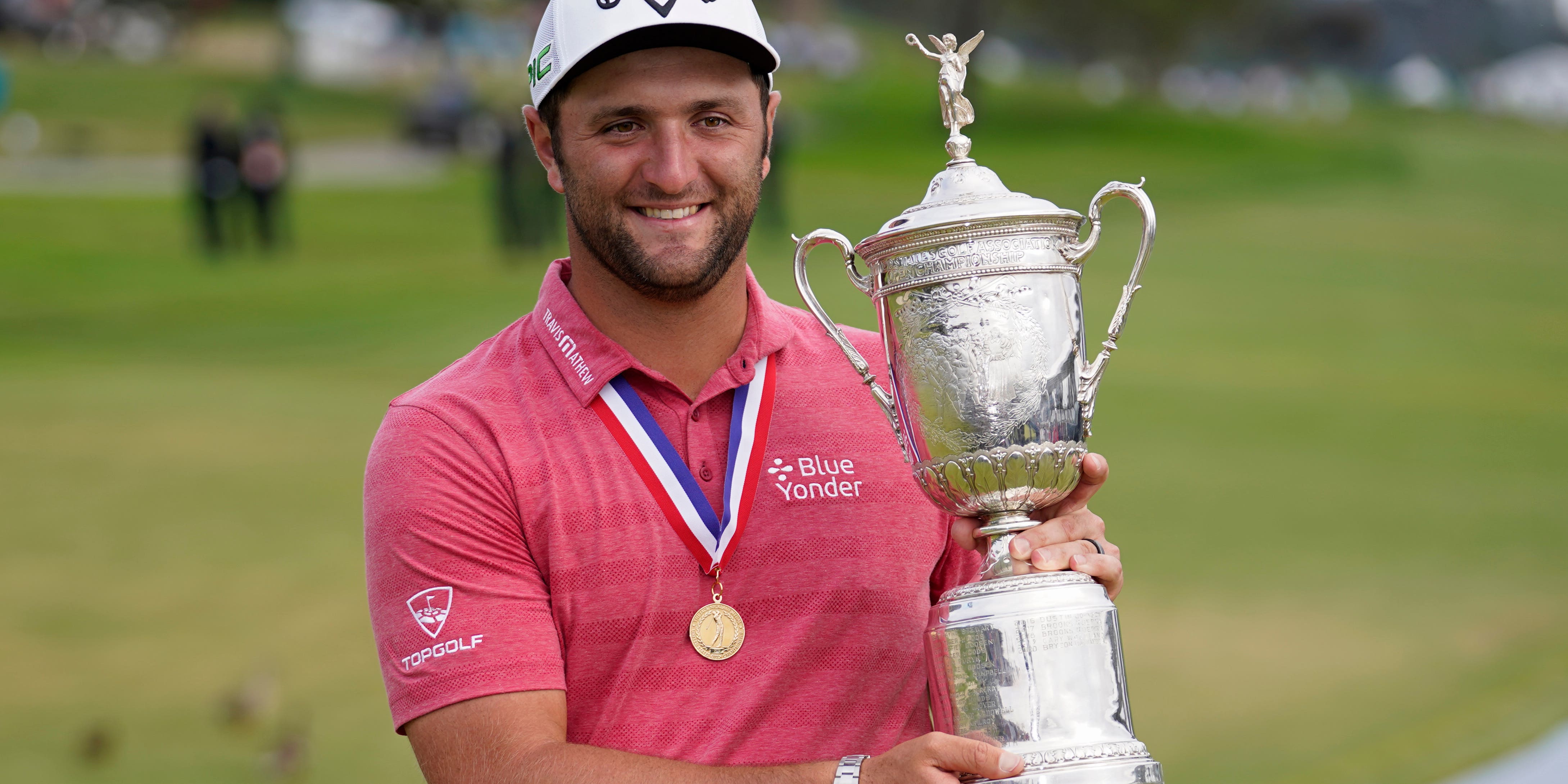 Jon Rahm won his first major title on Sunday thanks to a grandstand finish to the 121st US Open at Torrey Pines.

Here, the PA news agency looks at five things you may not know about the 26-year-old Spaniard.

Rahm spoke little English when he arrived at Arizona State but was motivated to improve when his coach Tim Mickelson – brother of six-time major winner Phil – instituted a fine of one burpee for every word Rahm spoke in Spanish. “A burpee’s pretty much a push-up and jump up and back to push-up,” Rahm explained after his first PGA Tour win at Torrey Pines in 2017. “So you say a sentence that has 10 words, you’re making 10 burpees. And if he catches you having a five-minute conversation, you do not want to know what’s going on next. So just (being) scared of having to do that, I put myself into reading the syllabus daily, making the class readings and, to be honest, learning songs. Memorising rap songs in English is actually something that helped me out a lot.”

Phil Mickelson made money from his inside knowledge of Rahm

Tim Mickelson believed in Rahm’s potential so much that he quit his job at Arizona State to become Rahm’s agent when he turned professional in June 2016. Phil Mickelson was so impressed with what he had heard and seen that he bet fellow PGA Tour player Colt Knost that Rahm would be ranked among the top 10 in the world within a year. Mickelson got odds of 2/1 and won the bet when Rahm made the top 10 for the first time in May 2017. Knost declined to reveal how much the bet was for, but admitted that the amount “had a comma in it.”

His son is not named after Chelsea goalkeeper Kepa Arrizabalaga

Rahm’s wife Kelley gave birth to their first child just a few days before this year’s Masters, where Rahm was quick to dispel rumours about the source of their son’s name. Rahm does support Athletic Bilbao, where Arrizabalaga played before joining Chelsea in 2018, but said: “The name Kepa is Basque. It’s where I’m from in the Basque country and when we were going through Basque names, because she (Kelley) agreed to honour my heritage that way, we just had to find one that she could pronounce, and that’s the one we came up with that she really liked. But I do think a lot of people believe I’m a Chelsea fan now. No…”

He owes his career to the 1997 Ryder Cup

No-one in Rahm’s family played golf until his father attended the 1997 Ryder Cup at Valderrama and was so captivated by what he saw during Europe’s victory over the United States that he became a member of Larrabea Golf Club, where his two sons would later start playing.

He keeps his promises

During a stellar amateur career, Rahm was ranked the world’s number one for a record 60 weeks and was the first two-time winner of the Ben Hogan award given to the top college player in the United States. He also finished fifth in the 2015 Phoenix Open as an amateur and had lucrative offers to turn professional, but had promised his parents that he would not do so until he completed his degree in communications.