5 things you may not know about Open winner Collin Morikawa 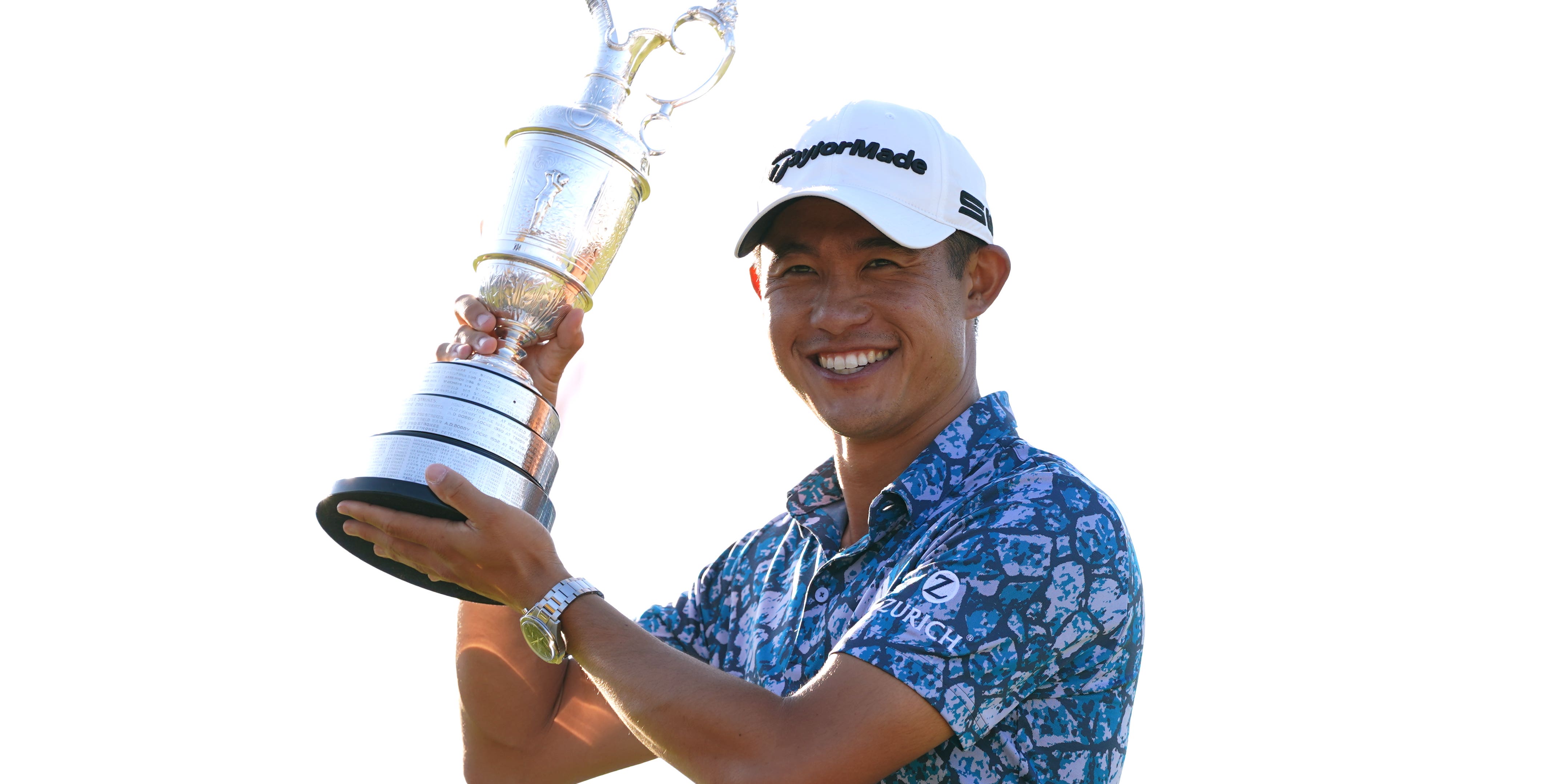 Collin Morikawa became the first player to win two different majors at their first attempt with a nerveless victory in the 149th Open Championship.

Here, the PA news agency looks at five things you may not know about golf’s rising star.

Lifting the Claret Jug did not look on the cards when Morikawa made his professional debut on European soil with a tie for 71st in the Scottish Open at the Renaissance Club. But after changing three of his irons and switching to a different grip for long putts at Royal St George’s, the 24-year-old played superbly on the Kent coast to hold off Jordan Spieth. “I wouldn’t be here if I had not played last week,” he said. “Just having fescue fairways where the ball sits differently was huge to see. I changed some of my irons strictly because I couldn’t find the centre of the clubface.”

The Claret Jug might not be safe in his hands

Morikawa emerged from a seven-way tie for the lead in the closing stages of the 2020 US PGA by chipping in for a birdie on the 14th hole and then producing a stunning eagle on the 16th, but suffered an embarrassing moment during the presentation ceremony when the lid of the Wanamaker Trophy fell off as he held it aloft.

He came close to equalling a record held by Tiger Woods

Morikawa made his first start as a professional in the Canadian Open in June 2019 and made the cut in his first 22 events, just three short of the record held by Tiger Woods. The run came to an end in the third event of the PGA Tour’s return to action following the coronavirus shutdown, but Morikawa promptly won on his next start by beating Justin Thomas in a play-off in the Workday Charity Open at Muirfield Village.

Morikawa was among a group of players who were victims of prank interviews during the Scottish Open courtesy of the European Tour’s inventive social media team. He commendably kept his cool and politely corrected the interviewer who asked him about having won three majors, having 15 holes-in-one, being a talented musician and also being named after Montgomerie.

Morikawa is a fan of the Los Angeles Dodgers, but his bag for the 2020 US PGA was made in the colours of rival team the San Francisco Giants. “As far as the golf bag, my caddie, JJ (Jakovac) is a big Giants fan, so it is immediately going to him after the tournament ends,” Morikawa said. “It will not be staying in my house, I guarantee you that.”