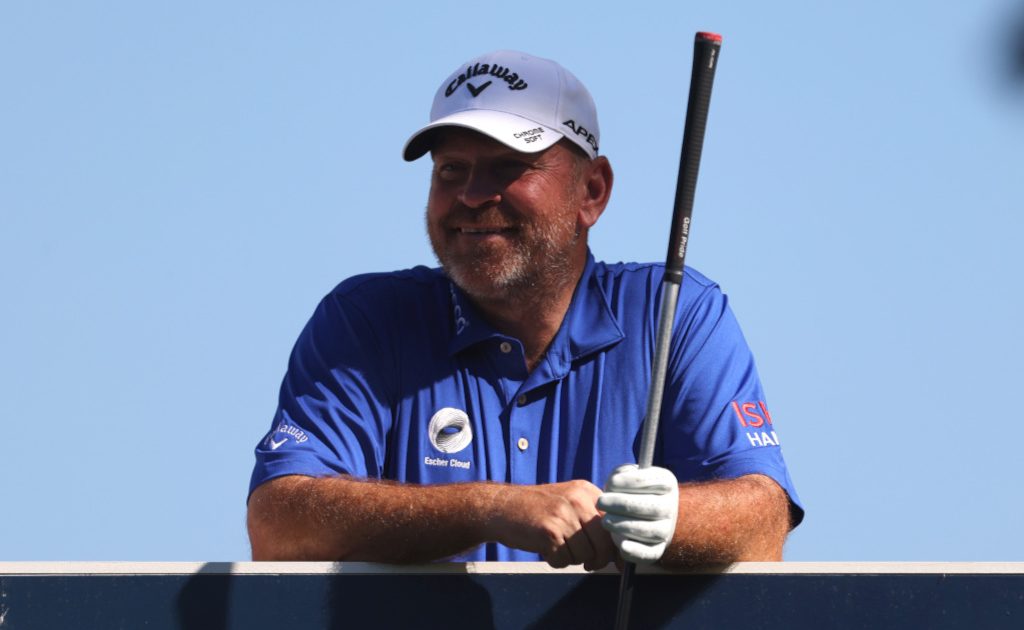 Nearly two and a half years after the last edition of the Legends Tour’s popular end-of-season MCB Tour Championship the circuit finally returns to Mauritius.

Europe’s senior circuit was badly hit by Covid in 2020 and even 2021 was a struggle. This week’s tournament should have taken place in December but has been delayed and, as such, is highly anticipated by the field.

The Legends Course at Constance Belle Mare Plage provides a good test, with wide fairways (lots of trouble if they are missed however), small greens and a stunning backdrop of green Indian Ocean vegetation and bright blue water hazards on most of the holes. 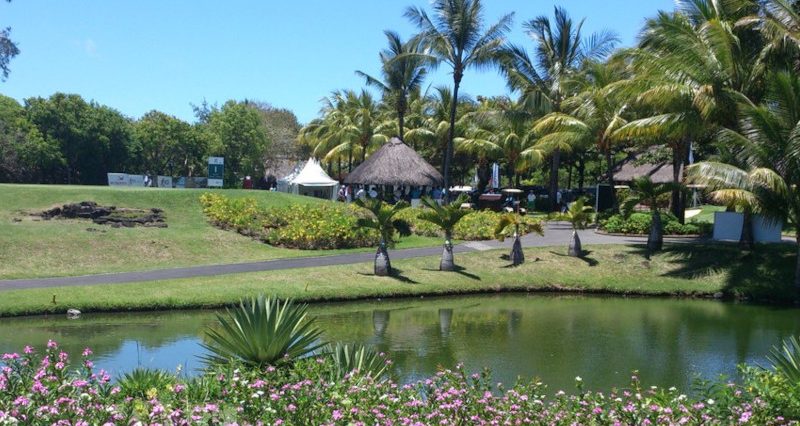 Jarmo Sandelin defends his title, but a host of exciting debutants will be seeking to make the most of their first visit including Thomas Bjorn and Jeev Milkha Singh.

The Great Dane, winner of 15 DP World Tour titles and captain of Europe’s victorious 2018 Ryder Cup team, said: “It doesn’t get any better than ending your season in a place like Mauritius and I am so excited to get out to the Indian Ocean in December.

“I’ve really enjoyed the events I’ve played on the Legends Tour this year. It’s given me the chance to compete for silverware as well as being able to catch up with old friends who I haven’t seen much in recent years.

“I know there is a lot of work going on behind the scenes to make the tenth anniversary of this event extra special and I’m ready to get my first taste of a tournament which is held in such high regard.”

Singh is excited to renew his own competitive instincts as he heads towards the 10th anniversary of his fourth and final win on the main circuit.

“I am so looking forward to playing against guys my own age,” he said.

“The last few years have been tumultuous for me and my family. Ever since I won the Scottish Open in 2012, I have struggled with a series of injuries. And the past couple of years, as a nation we have faced a lot of hardship because of the pandemic. I personally lost both my mum and dad within a space of five days last year, which was very tough to handle.

“However, I am sure my parents would want me to continue with my life. Golf is the only thing I have known for nearly 35 years, and I think nothing will give them greater pleasure than me doing well on the golf course once again.” 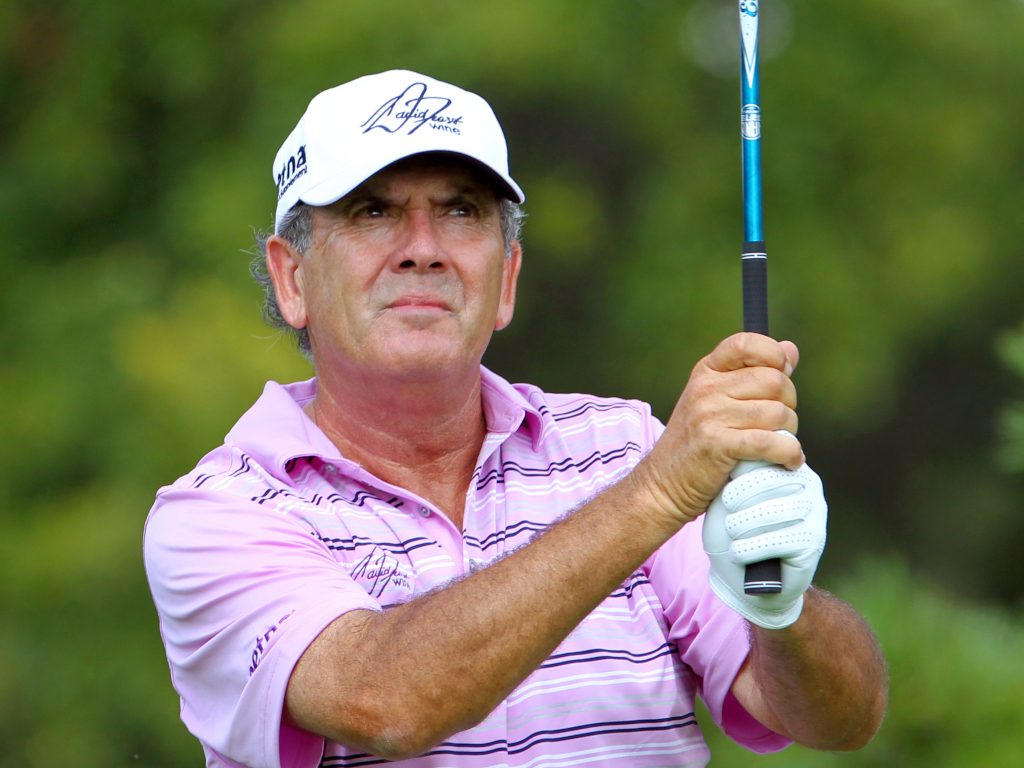 South Africa’s David Frost wasted no time falling in love with the course. He was fifth on debut in 2009 and, six visits later, that first effort remained his “worst” finish. He was victorious in 2010 and 2012, and finished top three on another four occasions.

It needed something special to stop Frost from winning early in that stretch. Indeed, it took nothing less than the 1996 Open champion and former World No. 1 Tom Lehman to force him into second in 2011.

If Frost’s dominance was expected – he has been a formidable presence on the PGA Tour through the 1980s and 90s – the back-to-back wins of Paul Wesselingh in 2013 and 2014 were slightly less predictable.

True, he had hit the senior circuit running, but he had never established himself on the European Tour. No matter, that first win saw him go head-to-head with Colin Montgomerie in the final round and emerge triumphant in style.

Two years later Monty returned to the island and had his revenge, overhauling Frost’s early lead to win by three and he was succeeded by his European Ryder Cup team-mate Barry Lane, who had twice finished second before tasting success.

In the last three renewals going low in the final round has been essential. Thailand’s Thaworn Wiratchant carded a Sunday 62 for an eight shot win in 2017, American Clark Dennis matched that winning margin with a final lap 64, and Jarmo Sandelin turned a four shot deficit into a three shot win with a final round 65 in 2019. 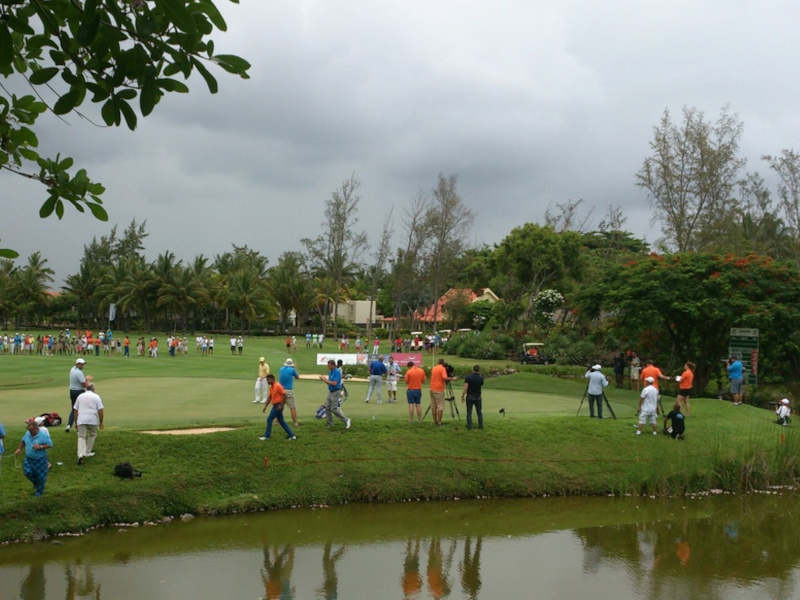 It’s no surprise that the field enjoys this final stop of the season, however delayed.

Constance Belle Mare Plage sits on the sparkling waters of the Indian Ocean and it’s not unknown for the players to spend a morning snorkelling ahead of their tee time or to take a dip straight after signing their card.

The Legends Course is a mere stroll across the road, a layout that twists between lush vegetation, always dodging the larger outcrops of volcanic rock. Big scores and low scores are typical because hitting fairways and greens will result in birdie opportunities – but stray shots can easily find unplayable spots.

The top four in the Order of Merit will be eyeing double success. However, rankings leader Dodd and third placed Markus Brier have poor course records. Thomas Levet is a course debutant, but James Kingston was second in 2019 after sharing the pre-final round lead.

Former champions Paul Wesselingh, Barry Lane, Clark Dennis and Jarmo Sandelin return. Dennis has played the best this season, yet none are in the form they were when winning here.

An outsider with big claims might be England’s John Bickerton who always enjoyed playing on tight tests during his European Tour career – and if they were on resort islands all the better.