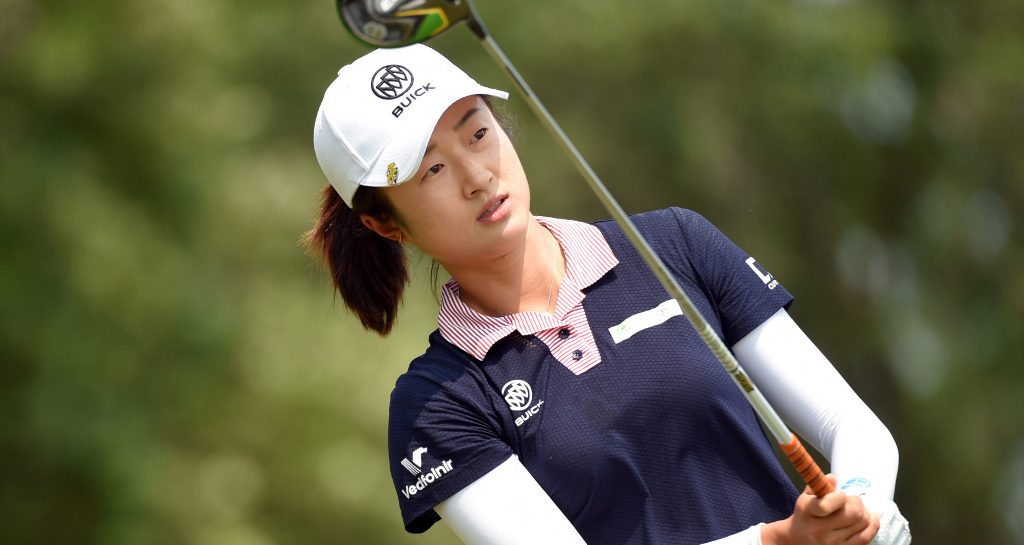 Yu Liu shot the lowest round of her career to date – a 10-under-par 62 – to earn a one-shot lead on the opening day of the Thornberry Creek LPGA Classic.

The 23-year-old from China beat her previous personal best, a 63 in the second round of this very tournament in her rookie year 12 months ago, to earn a one-stroke advantage over American newcomer Yealimi Noh and South Korean Jeong Eun Lee.

The #FourthofJuly was full of low scores at @ThornberryCreek in Wisconsin!

“I really like the golf course, apparently,” said Liu, who made eight birdies and an eagle.

“I just made a lot of putts, mid-range putts inside 15 feet, which didn’t really happen at all last week. I really love the greens here.”

"I really love this course. It really suits my eye."

Liu said the course, which is situated in Wisconsin, reminds her of home.

“It just really fits my eye,” she said. “Bent grass fairways and greens. That’s what I grew up playing with because I was born and raised in Beijing, which is the north part of China, so we always had bent grass.”