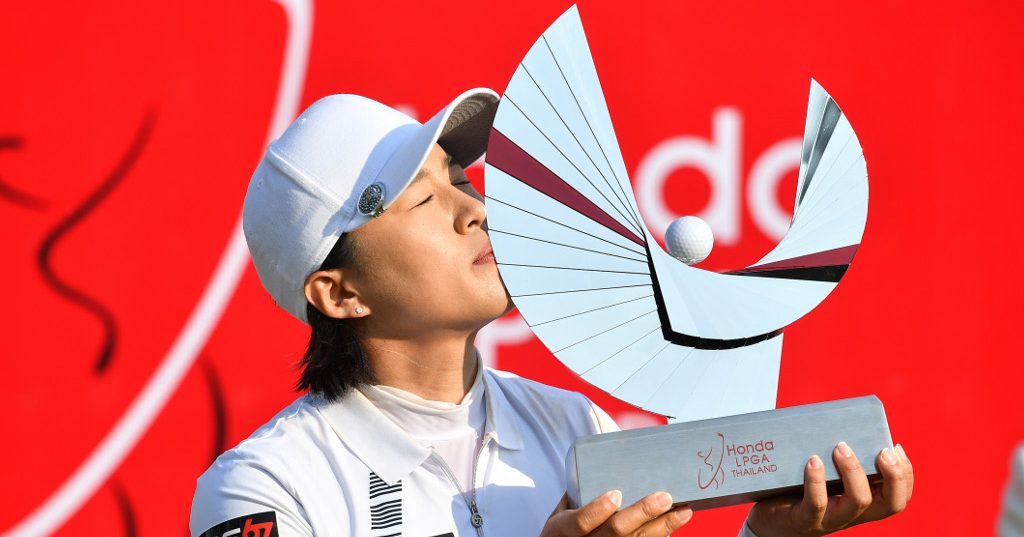 Amy Yang showed nerves of steel to earn her fourth LPGA Tour title at the LPGA Thailand Championship on Sunday.

The South Korean saved the best for last, signing for a seven under 65 around the Pattaya Old Course at Siam Country Club, enough for a one stroke victory over Minjee Lee.

Amy Yang is your 2019 @hondalpgath Champion!

It was a dramatic final round, with play being punctuated by a lightning delay for nearly an hour and later a rain stoppage. Tied for the lead with Lee on the 16th, Yang rolled in birdie from the fringe to regain a one stroke advantage, taking her to 21 under for the event.

Carlota Ciganda was already in the hut having shot a round-of-the-day nine under 63, to take her to 20-under, so Yang could not afford any mistakes. After Yang closed with a birdie, Lee had a chance to force a playoff with an eagle at the last. The Australian found the green in two and left herself 14-feet for eagle, but missed the putt.

“I was honestly very nervous, especially last three holes,” said the 29-year-old, who also won the tournament in 2015 and 2017.

“It was a tough hole to finish. I was really telling myself just to be patient, do my best at the time.

“I tried to stay calm and stayed patient out there. I just enjoy coming here. I love the golf course, which is why I always play well here.”