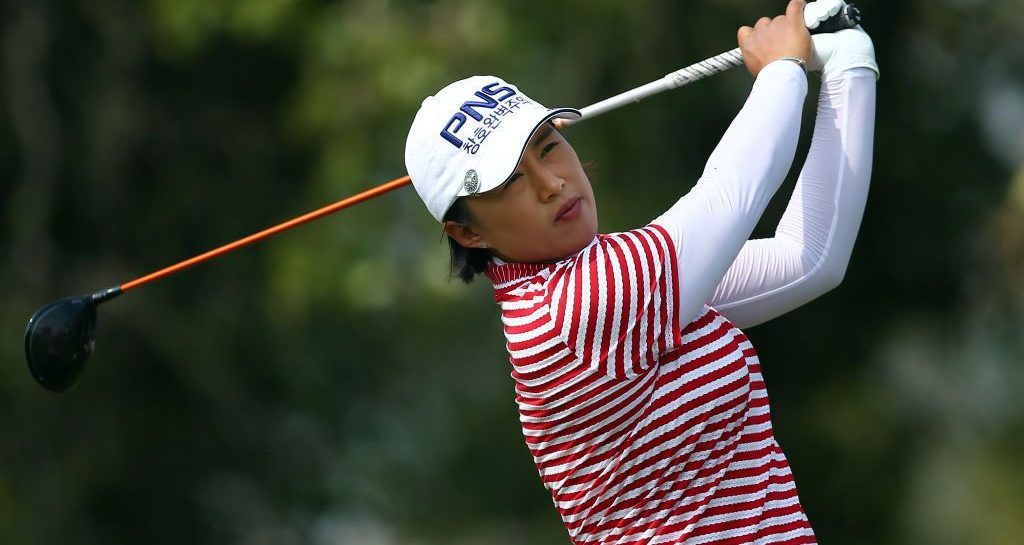 Amy Yang made nine birdies for a 7-under-par 65 to take the second round lead at the CP Women’s Open in Saskatchewan.

The South Korean is one stroke ahead of Angel Yin and Canada’s Brooke Henderson at Wascana Country Club.

Yang said that her putting was the key to her success on Friday.

“My putting was really good today. I was hitting it pretty solid out there, but I gave myself a lot of good chances, and I think I made most of them out there,” she said.

Yang said she “got lucky” having teed off in the morning before strong winds caused problems for players in the afternoon.

America’s Angel Yin, who is seeking her first-ever LPGA Tour title, backed up her 7-under-par 65 on Thursday with a 5-under-par 67 to finish at 12-under along with Henderson.

The Canadian shot a second straight 66 to leave herself one stroke off the lead.

“I hit the ball in good spots and made birdie putts when I had them,” Henderson said. “I feel like I made the most of today’s round, which is always a great feeling.”

“To be close to the top of the leaderboard heading into the weekend is awesome, especially when you’re here in Canada,” she said.

“Today everything felt really good from tee to putting,” Park said. “Even though my putting wasn’t great yesterday, it was better than I anticipated today. I’m pretty satisfied with my round today.”

Park played the first two rounds with home favourite Brooke Henderson and was surprised at how big the gallery was for their group early on Friday morning.

“Brooke is almost like Canada’s Tiger Woods,” Park said. “I was really surprised at how many fans came out to support Brooke today. To witness that was pretty awesome.”

Overnight frontrunner Ariya Jutanugarn had a more difficult time than on Thursday but remains within sight of the lead after shooting a 2-under-par 70 leaving her three shots off the lead in a tie for fourth with three other players.

“It’s really windy, like so tough today,” Jutanugarn said. “I feel like a lot of great shots that I still make bogey. It was really tough.”