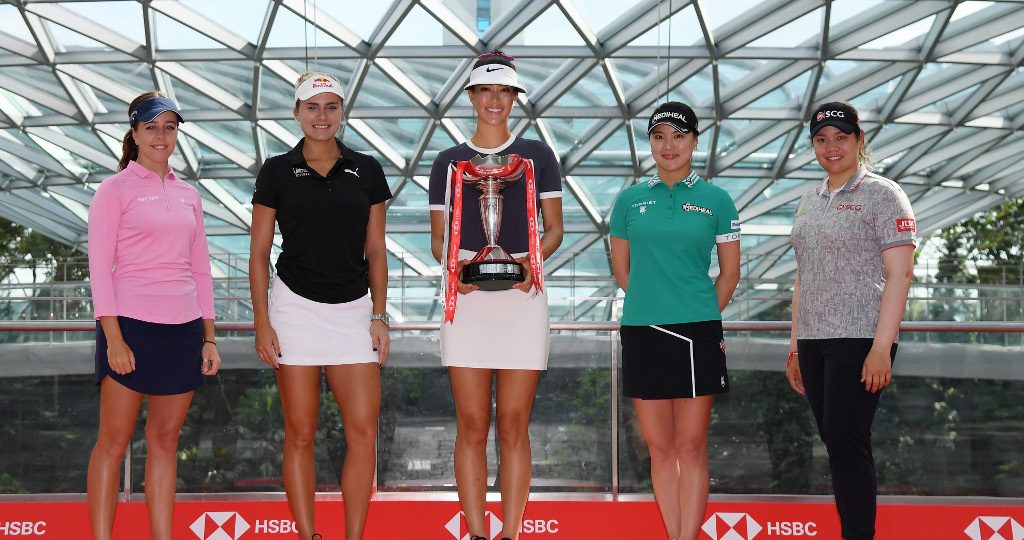 Michelle Wie says she is feeling more confident about her game than she has in a long time after undergoing wrist surgery and remodelling her swing.

Wie was speaking ahead of this week’s HSBC Women’s Champions in Singapore where she is the defending champion.

While she was riding high after her victory at “Asia’s major” this time last year, Wie ended the season mired in uncertainty after undergoing surgery on a wrist problem that was causing her a lot of pain.

She had been battling arthritis in both wrists and following the surgery she made the decision to alter her swing to prevent any further pain and damage.

“Definitely after surgery, it’s taken me a long road to be here today,” said the 29-year-old.

“I am using a little bit more wrist than I did last year but substantially less than I have before, but it’s all about trying to be as pain-free as possible.”

Wie returned to action at last week’s Honda LPGA Thailand, where she finished in a tie for 23rd, 16 shots behind winner Amy Yang.

“It felt SO GOOD to be back out there playing golf again,” she wrote on social media afterwards.

Reflecting on her win in Singapore 12 months ago, which remains her only one since her maiden major triumph at the 2014 US Women’s Open, Wie still gets excited when she thinks about the 45-foot birdie putt she holed on the 72nd green to seal the deal.

“That whole day, I was behind,” she recalled.

“I knew I had to make birdies and then I was on the last hole, and I saw the big leaderboard on the 18th. I was like ‘Wow! if I birdie this hole… I could possibly win.’

“I knew I had to make it. I hit the ball pretty hard. I was like I’m not leaving this short. It was a lot of emotions and it was pretty awesome.”

One thing is clear. While Wie’s career has been a tumultuous one, filled with huge expectations, struggles, injuries and triumphs, she is far from done and there is a lot she still wants to achieve.

“Being number one in the world is the most important thing to me,” she said.

“Hopefully the best is yet to come. I don’t think that I have reached my full potential.”