Webb turns back the clock in Scotland 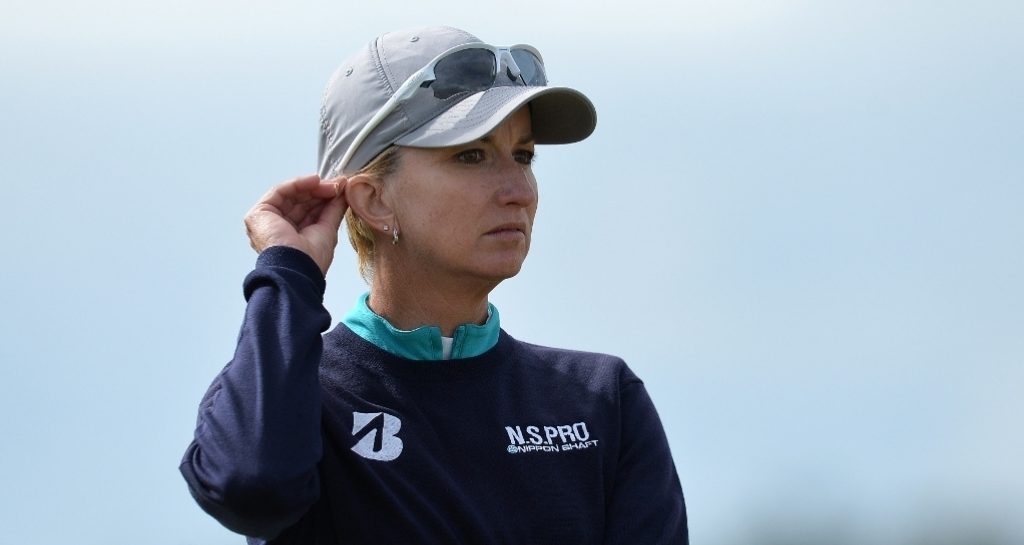 The 42-year-old Australian has won 41 LPGA titles over the course of an incredibly successful career, though her last victory came over three years ago.

She gave herself an excellent chance of breaking that drought, however, after making a perfect start at a windy Dundonald Links in North Ayrshire.

Webb shot a stellar seven-under-par 65 – including five birdies in a row from the 11th – to finish one stroke clear of fellow former world number one Cristie Kerr.

The duo were able to create some distance between themselves and the rest of the field.

Stacy Lewis, Pornanong Phatlum, Sei Young Kim, Lina Boqvist and another former World No 1 – Inbee Park – are in a five-way tie for third on three under par, four shots off the lead.

Among those on two under are Suzann Pettersen and Shanshan Feng, while Ariya Jutanugarn joined a large group on one under.

But it was Webb who stole the show with her remarkable performance on the back nine.

“I sort of really hung in there through the front nine and made a nice birdie on nine to turn at one-under, and then just really started swinging at it well and hitting it quite close and had some good birdie chances and made the most of them,” she said afterwards.

“I did start to hit some good shots, and I just kept telling myself to just keep going. When you make a few birdies, not to just go into the mode of holding on. I felt like I was swinging it pretty well and seeing the reads well and hitting solid putts. I was just tell myself just to keep going and make as many birdies as I could.”

Second-placed Kerr was the only player who could come close to matching Webb's effort. Webb looked untouchable for much of the day before the American posted her late score. She picked up six birdies in a bogey-free round.

“The score added up really well, but it was tough to stand over the shots and be able to execute. It’s never easy here, so I’m very pleased with the score. I hit the ball in the areas I was trying to hit it in and made some putts as well. It was a great day. It’s never easy here and you can never take anything for granted.”