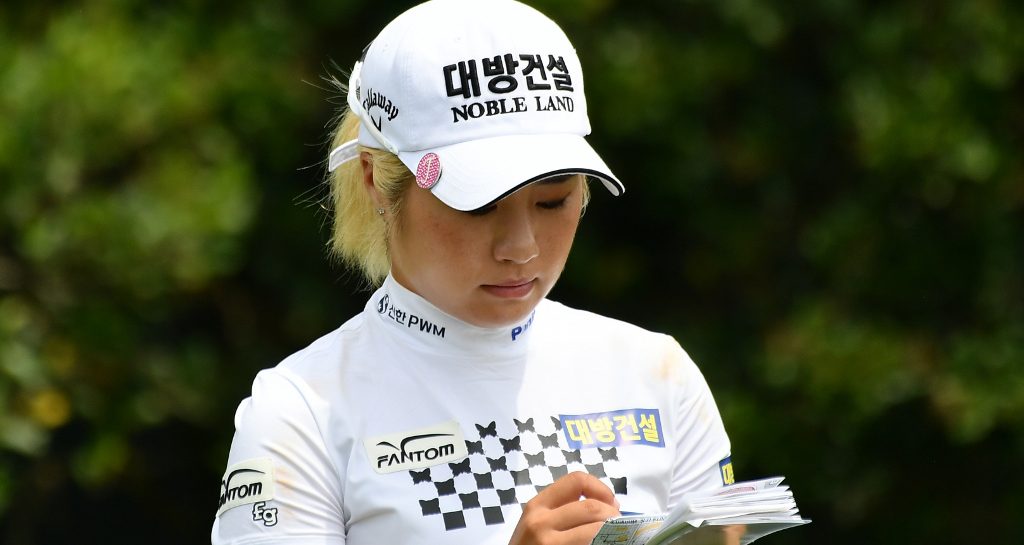 Newly crowned US Women’s Open champion Jeongeun Lee6 grabbed a share of the lead on the opening day of the Shoprite LPGA Classic courtesy of an eight-under-par 63.

Lee6 had a wild round that included an eagle, nine birdies and three bogeys to share first place with Thailand’s Pornanong Phatlum, who equalled her score at the Seaview Golf Club in Galloway, New Jersey.

The South Korean has barely had time to take it all in since her maiden LPGA and major title in Charleston on Sunday, but was happy to ride the momentum from that breakthrough win.

“I did pretty good in last week’s tournament, and so I feel pretty confident,” she said. “Now I feel like I want to play well in the rest of the tournaments.

“I felt really pretty relaxed on the course. I just played it just like how I played it last week.”

Round 1 of the @ShopRiteLPGA saw lots of exciting shots and low scores!

Check out highlights from the TV coverage of round 1 in New Jersey!

As for Pornanong, her round was pretty eventful too, as she picked up three shots in her final two holes courtesy of a birdie and a closing eagle on the last.

“Putting was so good today,” Pornanong said. “My short game was very, very good,” added the 29-year-old, who like Lee6, said she had been infused with confidence following a solid showing at the US Women’s Open, where she finished 16th.

“I feel like I get more confident after last week,” she said. “I tried to be like playing my game and not put pressure on myself, so it makes me more relaxed on the course.”

Three women lie one shot off the lead on what was a low-scoring day in Galloway – Kristen Gillman, Lexi Thompson and Chinese rookie He Muni all posted seven-under-par 64s.

“Being a rookie is tough, and I think having missed my first few cuts, it really took a toll on my confidence,” said 19-year-old He, who was born in Chengdu before moving to Vancouver and then San Diego at an early age.

“This week my new strategy was not to really think about it and just play my own game without really overthinking or over-analysing it too much.”