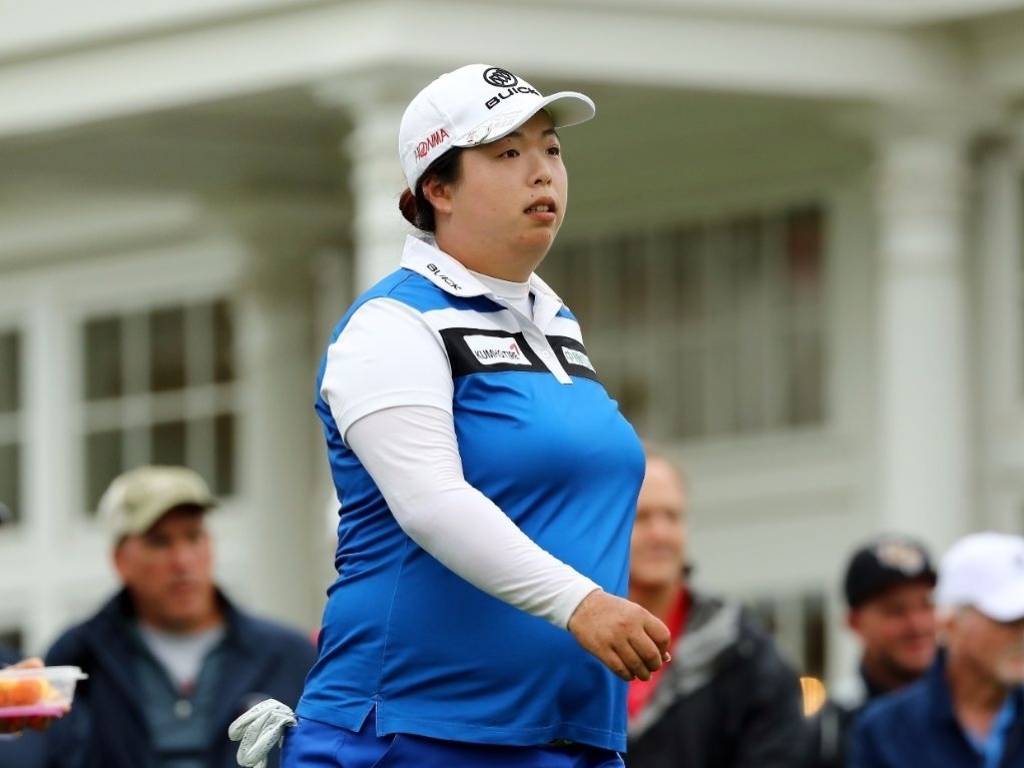 Donald Trump may have stolen the spotlight from Shanshan Feng, but the Chinese player was able to increase her lead at the US Women’s Open.

The US President was an interested spectator at Trump National Golf Club on Friday to see the second day of the competition, where Feng moved two shots clear of South Korean pair Amy Yang and Jeongeun6 Lee.

First round leader Feng was the stand-out player for the second successive day after shooting a two-under 70 to move to eight under overall.

The 27-year-old registered just one bogey and insists Trumps’ arrival was no distraction.

"I heard people like kind of screaming so that's what I was trying to find out, like why they were screaming," she said.

"But I was still really focusing on my game. I didn't really get distracted."

Yang stayed in second spot after a 71 to remain in contention at an event where she has finished in the top five on four occasions over the last five years.

"I like where I am positioned right now," Yang said.

Jeongeun6 posted a second successive 69 as she bids to maintain the form which has seen her finished in the top 10 on 10 occasions this season.